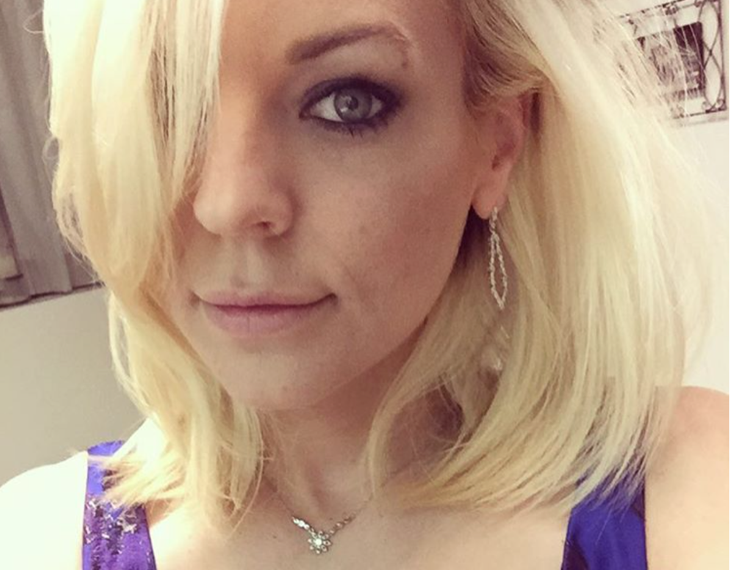 Two-year-old Harper is Storms’ daughter with hubby, and “GH” co-star Brandon Barash [ex-Johnny Zacchara]. Occasionally the toddler pops up on the soap opera as Georgie, daughter of Maxie and Damian Spinelli [Bradford Anderson].

No wonder the casting department keeps Harper on as Georgie! She looks just like her mommy Kirsten. The pic Storms posted on Twitter is captioned, “OMG. RT @rylanstorms: @teenystweeting #TransformationTuesday? Mother to daughter???”

Harper popped up as Georgie for Christmas in Port Charles but viewers haven’t seen her since. Don’t you think it’s about time for the little girl to make the trip from Portland with Spinelli and Ellen Trout [Emily Wilson] to visit Maxie and Nathan (Ryan Paevey]? Maybe the little one will pop up for Mother’s Day, who knows!

In the meantime “General Hospital” fans can follow Kirsten Storms or Brandon Barash on either Twitter or Instagram – or both. Harper Rose’s parents often share photos of their little girl – and sometimes even some family photos.