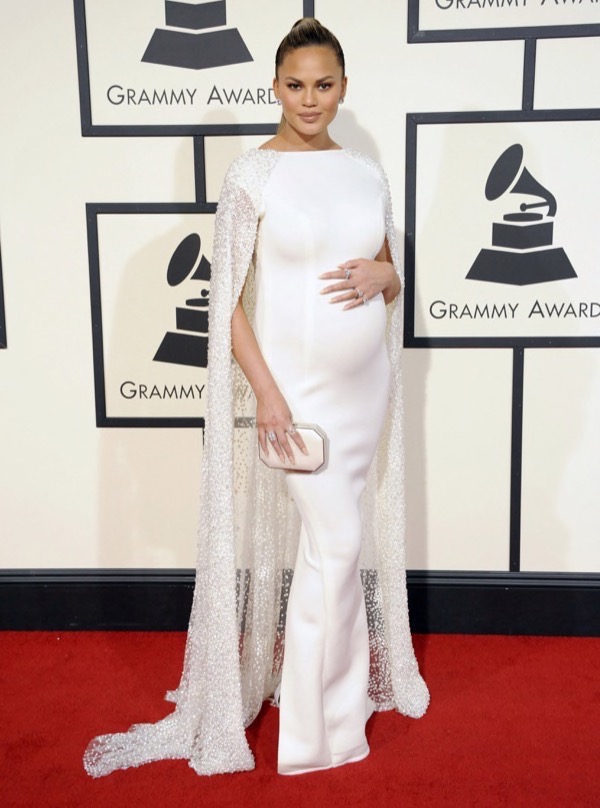 Chrissy Teigen sat down with People Magazine to promote her new cookbook Cravings, while opening about the process she and husband John Legend undertook to conceive.

The swimsuit model revealed she selected the gender of their baby while undergoing in vitro fertilization.

“I’ve made this decision,” Teigen admitted. “Not only am I having a girl, but I picked the girl from her little embryo. I picked her and was like, ‘Let’s put in the girl.’ ”

One reason she chose a girl? She believe Legend will be a great father to a girl!

Teigen thinks that something magical happens to guys when they become a dad to a daughter.

“How soft they get, how mushy, and excited they get. It’s so cute,” she added.

The mom-to-be is excited to see how she and the Grammy-award winning singer will be as parents.

“I’m excited to see what he is going to do because I think we’ll have two very different styles. I’m excited to see that part of John; We’ve been together so long, and sometimes we look at each other and we’re like, ‘I know everything about you and you know everything about me,’ but we have no idea what we’re going to be like as parents. I think it’ll be really fun. I’m excited,” she enthused.

Be sure to check Cravings at Amazon or your local bookstore now.