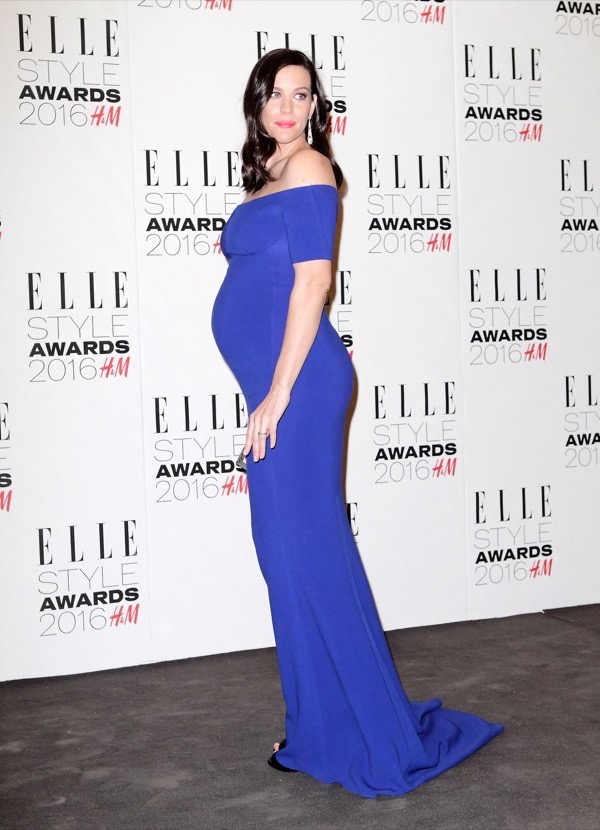 The Leftovers actress proudly showed off her growing bump in a blue, off-the-shoulder, floor length gown that she accessorized with earrings and a clutch. She cupped her bump while posing for pictures.

Tyler announced in January that she was expecting her second child with fiancé David Gardner.

“I didn’t know I was going to have two babies in two years. It’s the nuttiest thing that could have ever happened to me,” the actress recently told Britain’s Metro newspaper with a laugh.

“Motherhood brings a sense of calm. Having a baby and growing a baby is probably the most challenging thing that you will ever do,” she also told Metro. “Then when I go to work I feel much more free in away. It’s definitely changed me.”

Tyler and Gardner are also parents to 1-year-old Sailor.

She is also mom to 11-year-old son Milo, born during her marriage to Royston Langdon.