Olivia Wilde Touches Down With Otis 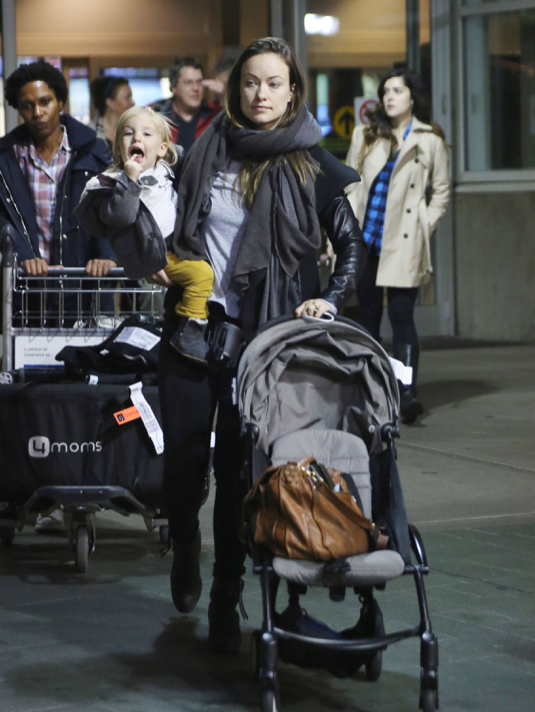 Olivia Wilde and her son Otis were spotted arriving on a flight at Vancouver Airport in Vancouver, Canada on Sunday (Nov. 1)

The Lazarus Effect star was dressed warmly in a leather jacket, scarf and black jeans paired with boots. She carried her animated son while pushing a stroller.

Wilde is rumoured to be a frontrunner to star in the role as Captain Marvel.

“I’m a big fan of superhero films, and I have so much respect for the Marvel Cinematic Universe. I think that the way these Marvel heroes are written, the female superheroes included, do have complexity and flaws. But I think when they are translated into film, the women can become these ultimate goddesses of perfection and I would love to create a female Marvel character who is just as unexpected and complex as some of the male characters as Iron Man. I think that would be really cool!” she told Cinemablend.

Wilde is married to Jason Sudeikis. They tied the knot in 2011.