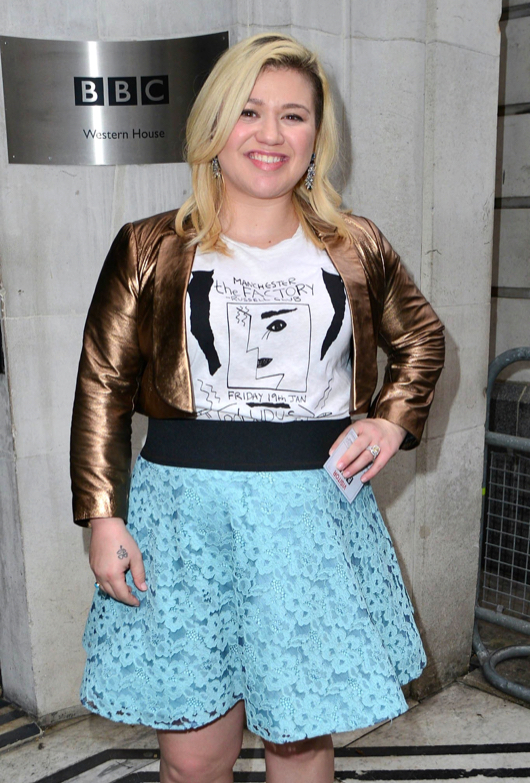 While performing in Los Angeles at the Staples on one of her tour stops, the singer revealed she and husband Brandon Blackstock are expecting their second child.

The announcement came while Kelly was making her way through “Piece By Piece”. After holding back tears while introducing the song, Clarkson found herself struggling to get a handle on her emotions.

The singer stopped and told the crowd:

“I was not planning on announcing this, but … I’m totally pregnant. I’m having a really hard time,” she explained of her inability to get through the song, which is both a kiss-off to her father and a paean to her husband for being a good dad.

“I’m gonna nail the s— out of this song. That was not how I wanted to announce that … I hate this song right now,” she joked while wiping away tears. “My makeup artist is backstage hating me right now. I just don’t want you to think I’m on pills or drunk.”

After finishing the song, Clarkson added:

“I’d like to apologize to my husband. That was not planned. I just didn’t want you to think I was crazy or something. Honestly, I’m just so hormonal today. … I haven’t vomited yet. That is a freakin’ win, y’all.”

The couple are already parents to 14-month-old daughter River Rose. Blackstock is also father to son Seth and daughter Savannah from his previous marriage.

My Conception Journey: Will I learn I’m Pregnant this Month?

Great Ways To Reduce Your Kids Back To School Stress