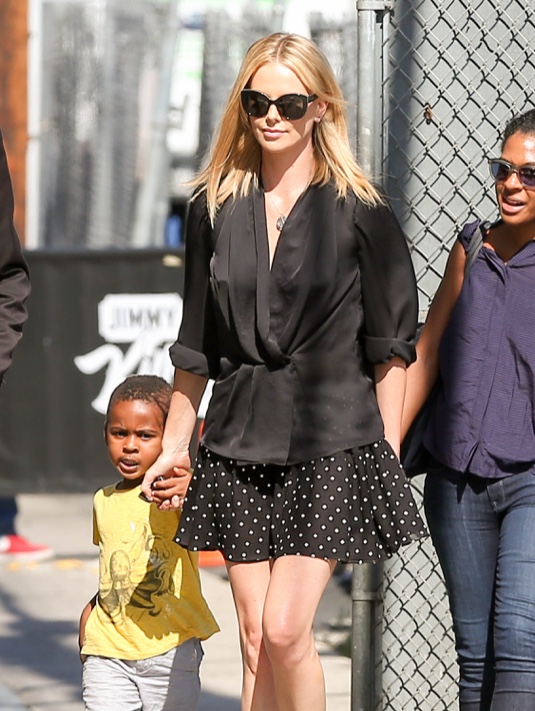 Charlize Theron was photographed leaving a taping of Jimmy Kimmel Live! with her son Jackson in Hollywood, CA on Monday (June 20).

The Mad Max: Fury Road actress was dressed in a black blouse and mini polka-dot skirt with sneakers. She held the hand of the youngster while exiting the studio.

In the May issue of W Magazine, Theron revealed that becoming a mother hasn’t made her steer clear of darker roles.

“If anything, I’m more attracted to dark material since becoming a mother. I look at Jackson and I want to fight harder to stop AIDS and tell stories that shed a light on injustice. I feel like he deserves a better world,” she revealed.

Till recently Theron was engaged to actor Sean Penn. It is rumored she called off their engagement in May.