Angelina Jolie Shops With her Twins 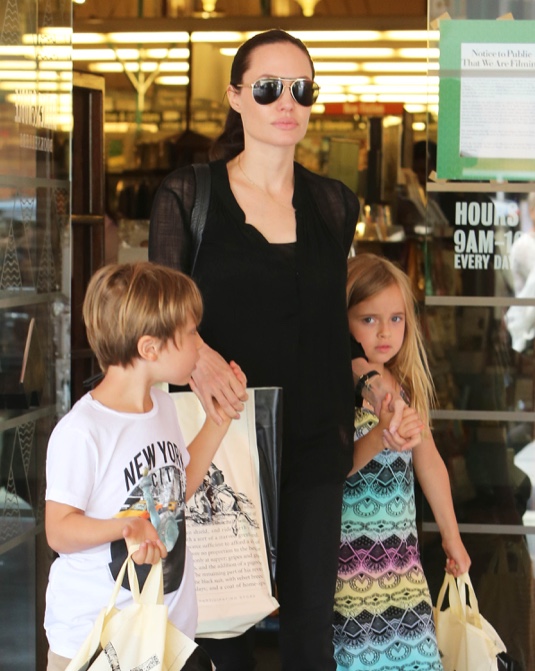 The Maleficent actress was dressed in a black blouse and matching pants with beige flats. She held the hands of the twins while fans took their picture as they exited the bookstore.

Jolie and her husband Brad Pitt took the twins and their four other children, Maddox, Shiloh, Pax, and Zahara,  ice-skating in L.A.’s Van Nuys nabe, to celebrate the special occasion.

“They rented a bus and headed for an afternoon of ice-skating at Iceland Ice Skating Center,” a source told Us Weekly. “Knox and Viv were bundled up with snow hats and mittens. They were really excited about it.”

“Everyone skated for about two hours and they tried out special bumper cars on the ice,” the eyewitness added. “They were spinning around getting dizzy and had a blast. Some of the kids were holding hands as they skated and it was really sweet.”