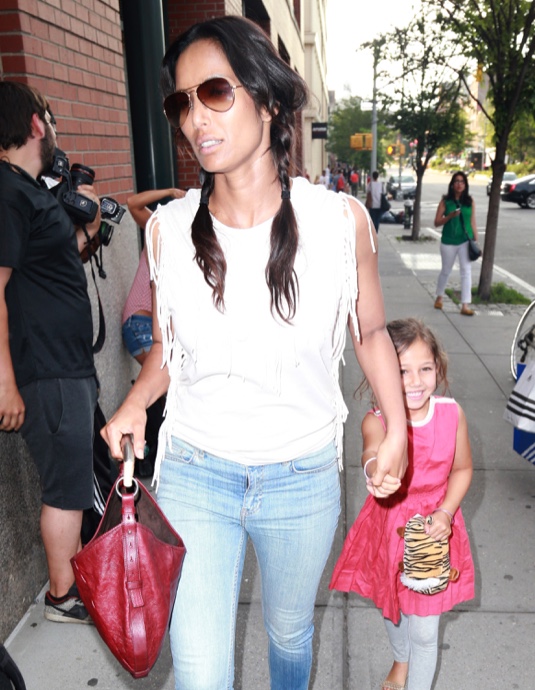 Padma Lakshmi and her daughter Krishna were spotted out for a stroll together in New York City on Monday (June 22).

The Top Chef actress was dressed in white fringe top, light jeans and black flats. She held her daughter’s hand while they strolled through the city.
Between her career and being a mom to her daughter, Lakshmi says she doesn’t have a lot of time to balance all of her responsibilities by herself.

“I don’t juggle it all — I’m very privileged,” admits Lakshmi, whose staff includes a live-in nanny, an assistant and a director of operations. “I have a lot of hands helping me. My hours are so crazy. If I have to be on the ‘Today’ show at 7:15, for example, who is going to take my daughter to school? My nanny is awesome. She was in the Indian army for five years. She was a female paratrooper. And she’s a great cook.”

Get Outside: Tips for Bird Watching with Kids