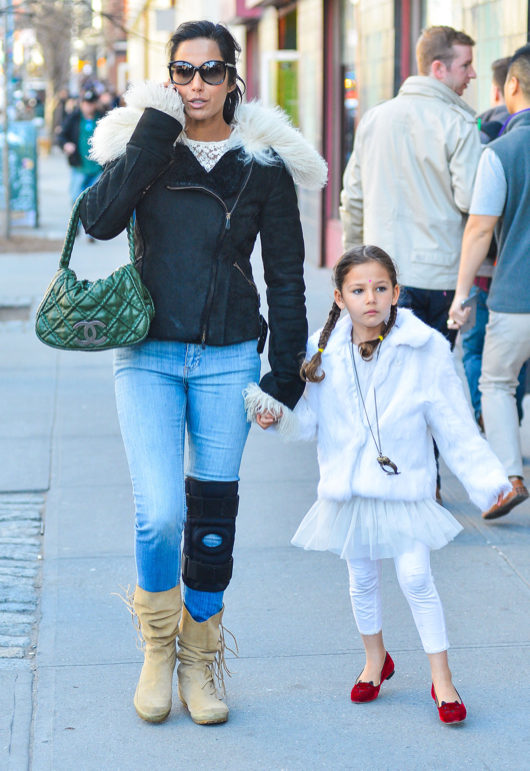 The Top Chef host was dressed in a suede jacket and jeans with a knee brace on her left leg. She held the youngsters hand who was dressed all in white besides her bright red flats.

Speaking to Today.com, Lakshmi explained she has never had to deal with Krishna being a picky eater.

“My daughter is probably a rare case because she grew up on ‘Top Chef,'” Lakshmi said. “So even when she was nursing, she had a lot of funky flavors through me, in her breast milk. But she has a really good appetite. At home, we make one meal for everybody. It’s a mild meal that doesn’t have a lot of chilies in it, which I add later to my food.”

Lakshmi is joining forces with the Pentagon to develop a spinoff of Top Chef in an attempt to rebrand America’s widely reviled military meals into something you would want to serve your favorite dinner guests.