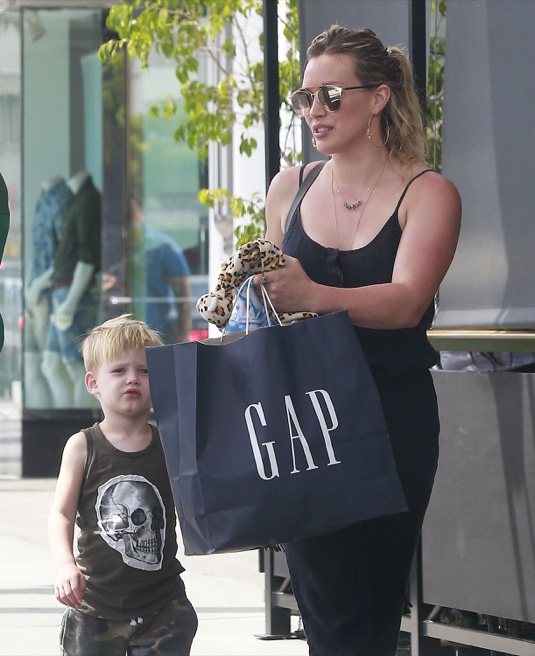 The Younger actress wore a black jumper with dark shades and Toms shoes. She carried a bag from Gap while a skull shirt wearing Luca followed behind.

On Sunday, Duff shared an Instagram video of Luca trying to wink to the camera while eating some watermelon. “Try to wink,” the Sparks songstress tells Luca. “You’re doing it!”

Duff’s Breathe In. Breathe Out was released June 16th.

Natalie Portman Has a Family Day