Angelina Jolie & Brad Pitt Catch a Flight With Their Children 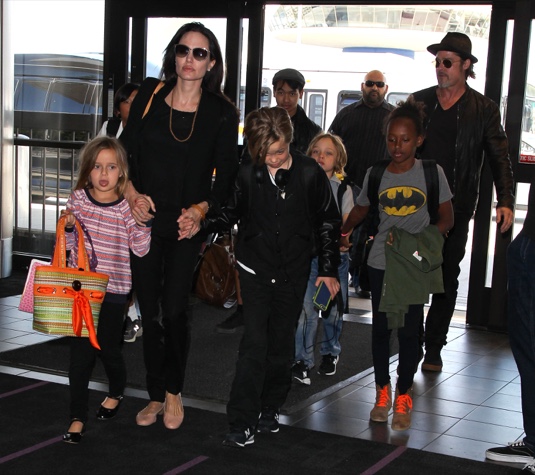 The Maleficent actress was dressed all in black while carry a Louis Vuitton bag. She held the hands of Vivienne and Shiloh while the other children walked behind with Pitt.

Jolie recently revealed why she she’d rather direct than be an actress.

“I’m a very private person,” she explained. “I don’t go out much. I’m home with kids. I go to work. I don’t really like being the focus of attention, which is why I like being behind the camera more.”