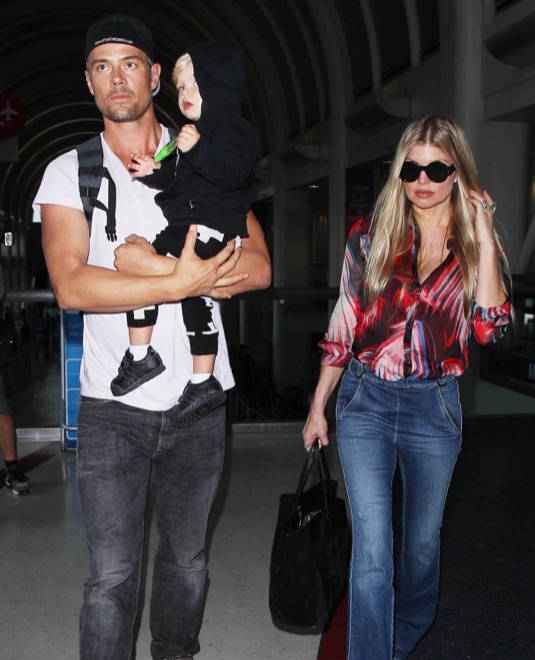 Josh Duhamel & Fergie were photographed arriving on a flight with their son Axl at LAX airport in Los Angeles, CA on Monday (May 4)
Returning from a friend’s wedding in Florida, the Battle Creek star was dressed casually in a white t-shirt and dark jeans while carrying the adorable tot. Fergie followed besides at they left the terminal.
During a recent interview, Duhamel revealed to E! News that he is responsible for all the outfits Axl wears out and about.

“Well, he’s a boy,” the proud papa explained. “I want to make sure he looks like a boy, and not a member of a boy band.”

Duhamel and Fergie married in 2009.