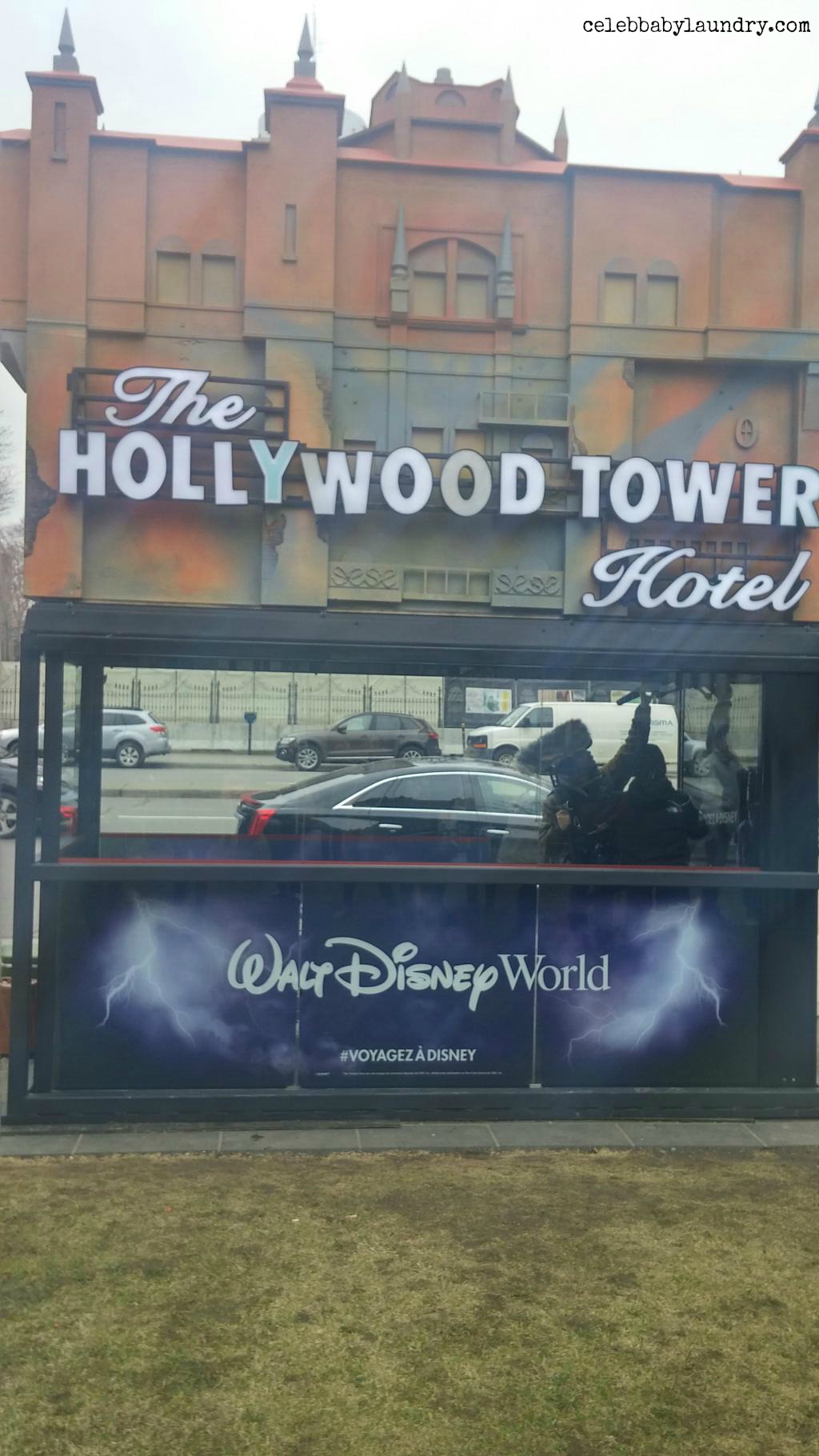 Waiting for a bus on a cold spring day in Montreal just got magical!

On Friday, Walt Disney World Canada brought the Twilight Zone to the streets of Montreal. Two bellhops from the Twilight Zone Tower of Terror took over the corner of Peel and René Lévesque Boulevard in downtown Montreal.  They creepily posed for pictures with bloggers and the media under a replica of The Hollywood Tower Hotel, which was perched on top of a Montreal bus stop. The bellhops even tried to hitch a ride back to Florida. A local taxi driver stopped, but the scary duo didn’t have the cash to pay for the 24 hour drive to Orlando! 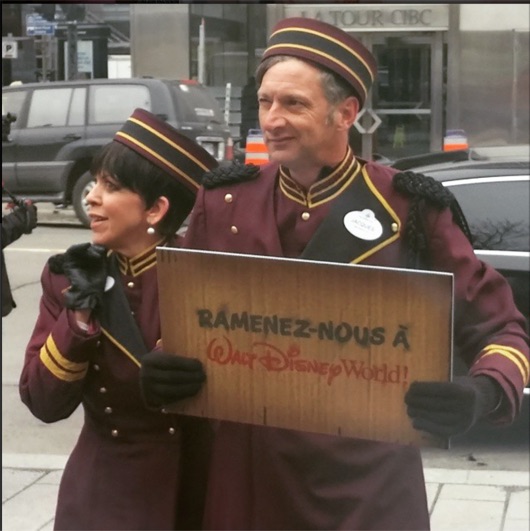 The event was part of a new promotional campaign geared towards the Quebec market. It turns out Disney goers from the province listed thrill rides as their favourite thing to do at Walt Disney World. Also in attendance, was, Lynne Chlala the first french speaking Disney Parks Moms Panel member from Quebec.  Potential Walt Disney World visitors from the province will also be able to plan their vacation via customer service with a new staff of French speaking reps located in Florida. 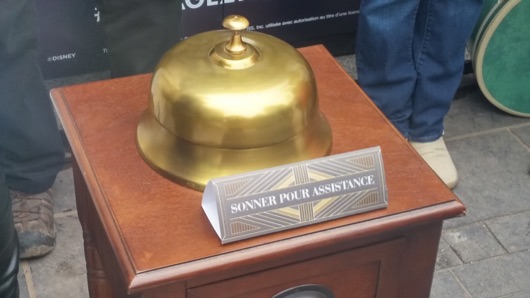 Look for an exclusive promotional video from the event to hit the internet in the near future!

How would you like to see a Disney attraction perched above a bus stop in your city? What attraction would be your choice? Tell us in the comments!

10 Things Every New Mom Must Do Before She Gives Birth

7 Ways to Deal with Sleep Deprivation as a New Parent