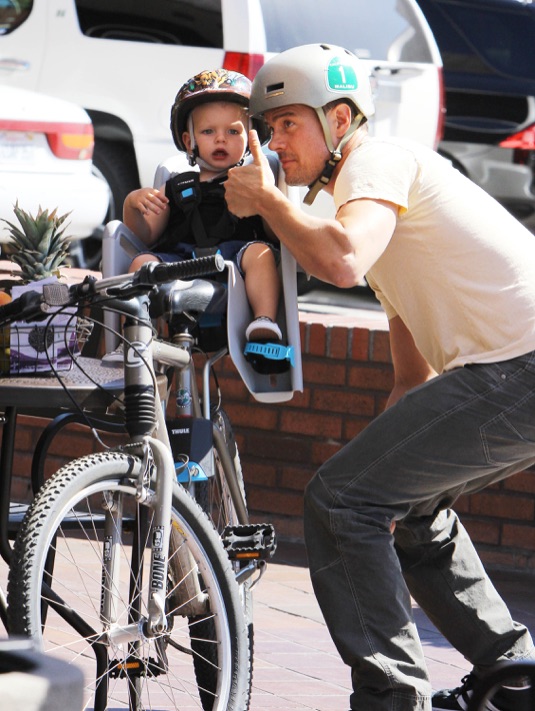 Josh Duhamel was photographed enjoying a day out with his son Axl in Santa Monica, CA on Monday (Apr. 27).

The Strings actor and the youngster took a bike ride before stopping to catch lunch. Duhamel tried to teach his growing boy how to do a ‘thumbs up’ while posing for a father-son picture.

Earlier in the year, Duhamel’s wife Black Eyed Peas singer Fergie recently revealed they have worked their busy schedules around one another, so they can be together as a family as much as possible.

“We’ve already talked about how we’re going to have to trade off,” she told Allure magazine. “He’s going to have to come on tour with Axl for a while, and then there’ll be a break. He’ll take a job; I’ll be on set with [Axl]. You know?”

The famous couple married in 2009.

Nick Lachey: My Daughter Already has me Wrapped Around her Fingers