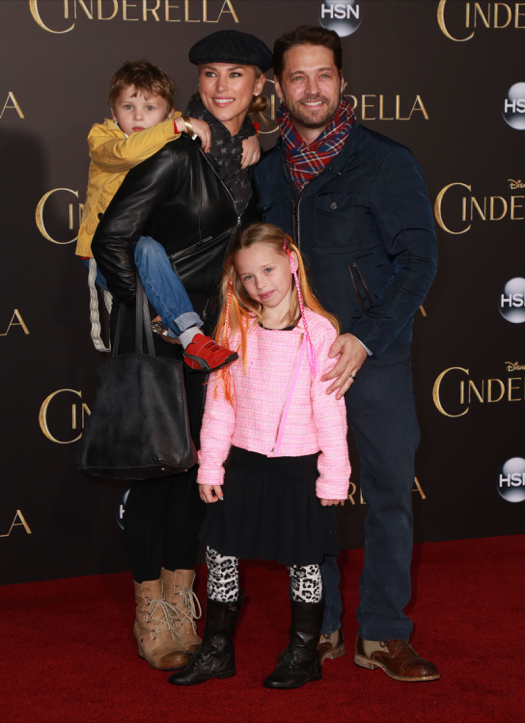 The Haven actor was all smiles dressed in a navy jacket, matching jeans and shoes. He wrapped his arm around his daughter while his wife held their son on her pack as they posed for pictures.

Priestly admitted his greatest achievement is being a father.

“My kids are my greatest achievement,” Priestley told CNN while While promoting Jason Priestley: A Memoir last May, “I love being a husband and a father. That aspect of my life has been a joy.”

In the memoir, the Canadian-native speaks of his life and his time spent playing Brandon Walsh on Beverly Hills 90210.

Melissa McCarthy Takes her Girls to a Birthday Party