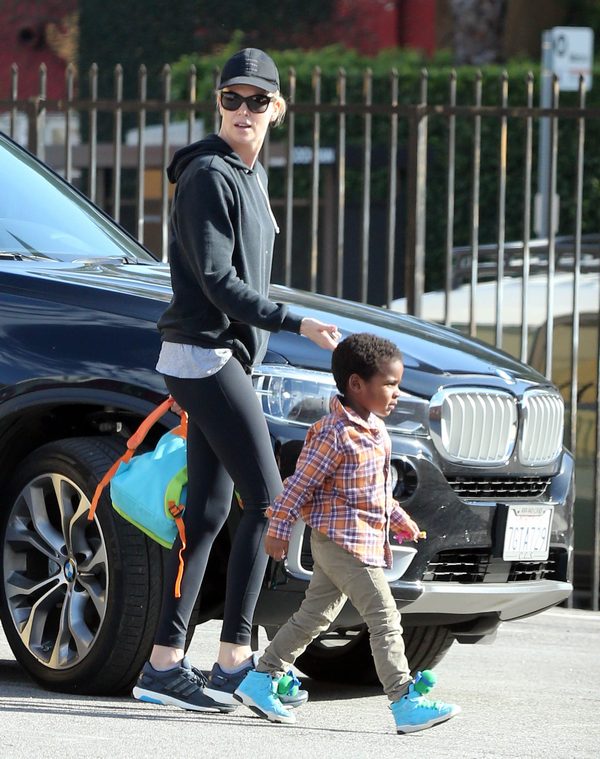 Charlize Theron was spotted picking up her son, Jackson, from his dance class in Los Angeles, California. Theron’s 3-year-old son was in bright spirits as the two left the studio. The cutie wore a super-cool pair of Ninja Turtle sneakers, while mom looked like she was ready for a workout of her own.

Charlize and Sean Penn have been dating for just over a year and things are getting very serious. Despite engagement rumors, the two are not planning a wedding. Penn did share his thoughts regarding getting married again stating, “So I wouldn’t even consider it a third marriage, I’d consider it a first marriage on its own terms if I got married again. I mean, I like the tradition.“

New rumors have joined the marriage speculation. People reported that Sean may soon adopt Theron’s son. According the magazine, Jackson has been calling him “Daddy” for a while.

Penn has two children – Dylan, 23, and son, Hopper, 21, from his marriage to Robin Wright. He says that he is on “very good terms” with his children, but rumors alleged Sean wants to be Jakson’s legal father.