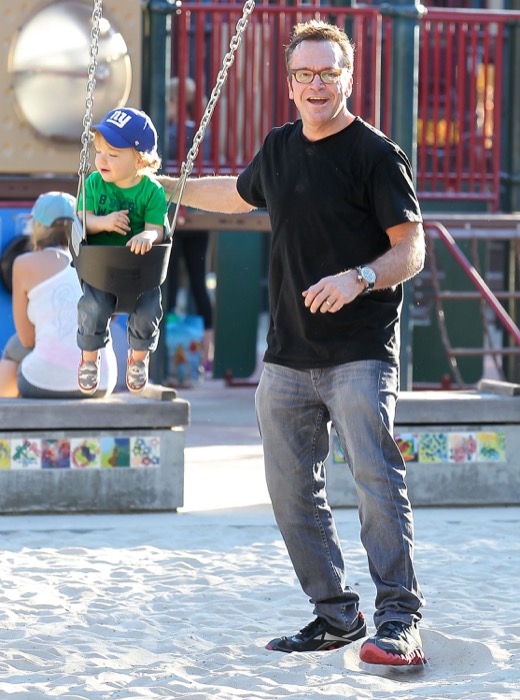 The Any Day actor wore a grey t-shirt and grey jeans with running shoes. He happily pushed his youngster in a swing while waving at the photo-takers.

“Something inside of me changed,” he said of his decision to lose weight. “I knew I needed to live as long as I could… The moment I saw [my son Jax], I realized he deserves the best.”