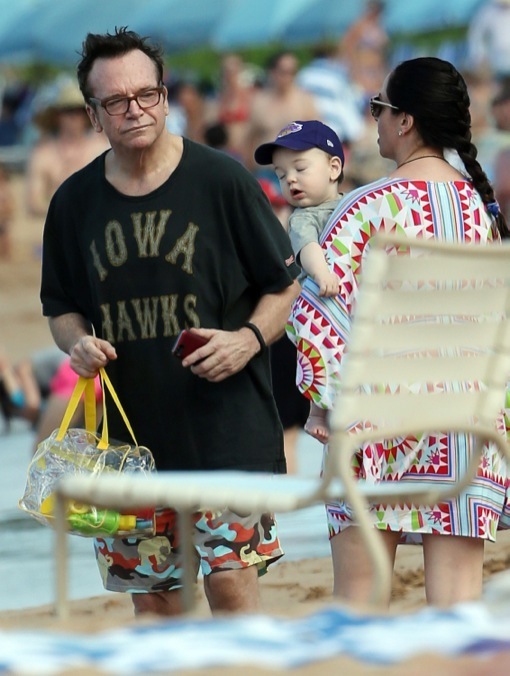 Tom Arnold and his wife Ashley Groussman spent Christmas Day on the beach with their son Jax in Maui, Hawaii on Wednesday (Dec. 25).

The comedian played in the sand with their son before walking along the beach. His 90-pound weight loss could be seen while wearing a black top and cameo swim trunks.

In the summer, Arnold opened up about becoming a father for the first time at the age of fifty-four.

“I’m tired,” he told in an interview. “I’m older, but you can’t act older when you have a baby. You have to be springing around. I’ll be grateful when I get to Charlotte. I’ll be able to sleep one of the nights all the way through.”

Psych actor named his son after his father Jack.

Kimora Lee Simmons Enjoys a Beach Day With her Kids