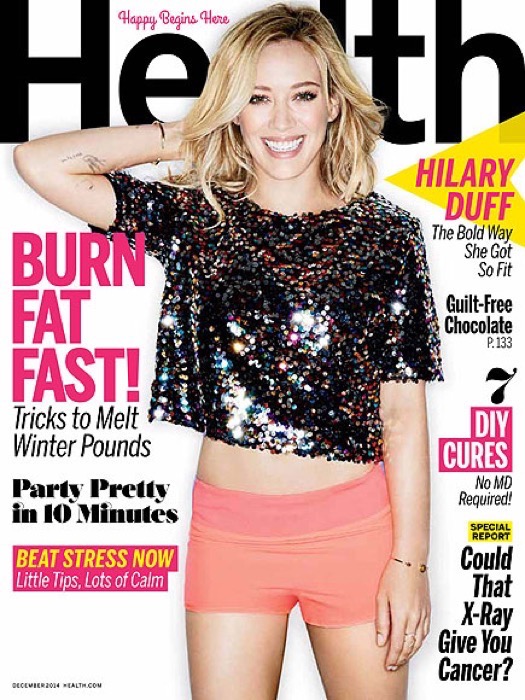 In the new December 2014 issue of Health Magazine, Hilary Duff opens up about her separation from husband Mike Comrie and why it’s important for them to keep a strong relationship.

The Younger actress admits she and Comrie are still trying to work out their separation and see how they can be most happy going forward.

“We have a 2-year-old together. We love each other. Obviously it wasn’t a rash decision that we made. We really are just trying to figure out how we are the most happy – whether together or apart – and we’re doing it as lovingly as possible,” Duff tells.  “We would hang out without Luca; we think it’s important to keep a strong relationship no matter if we’re married or not married. And we love our son. We both want to fight for happiness.”

Duff says having Luca and then taking a break for her career made her reevaluate her life.

The singer is finally back to work with a new album set to be released in the year.

“I really missed performing. And I missed writing and talking about what I’m going through, what I love,” she told.

Duff is also starring in a TV Land Show entitled, Younger, which is set to premiere this January.