Epidurals Should Be Given When Requested 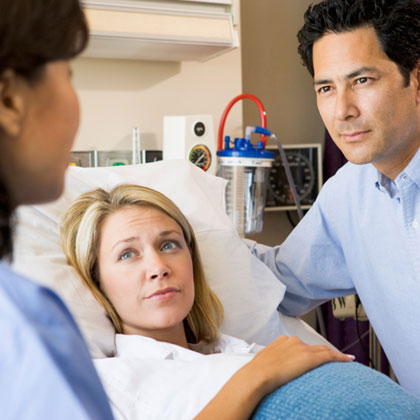 Women in labour should be given epidural pain-relief-med.com as soon as they ask for it, according to a recent, influential study. So what does this mean?

Currently, women are advised to wait until they are in established labour and at least 4cm dilated. This could mean hours or even days. However, a Cochrane Review of 9 studies involving nearly 16,000 first time mothers found that the spinal injection made no significant difference to complications.

Women having an early epidural were found no more likely to have a c-section delivery, forceps or ventouse and the pushing stage was no longer. There was also no difference in health scores given to the babies shortly after birth.

The right time to give an epidural is when the woman requests pain relief.

To be clear, the new review did NOT look at complications in women who received the epidural vs those who did not have one. The epidural itself is found to increase the risk of an assisted c-section delivery. What the study did find is that the TIMING of the epidural does not matter.

Virgina Beckett, a spokesman for the Royal College of Obstetricians and Gynaecologists said that as a result, women who are coping well with labour pains should be encouraged to stay mobile and try other methods of pain relief first.

Established guidance from the National Institute for Health and Care Excellence already indicates that women in labour should not be denied early pain relief if they request it. Yet, this is still not reflected in the policies of many hospitals providing epidurals at early stages.

If it is clear that you will need an epidural you should have one when you first require it and you might as well have it early.

She goes on state:

You cannot predict who is going to have a difficult labour though so it is important that women have access to epidurals when they need them.

The report is useful for women concerned about the timing of their epidural. It is still important to have access to good information and to understand the risks and benefits of any pharmaceutical intervention in labour.