Alessandra Ambrosio Gets In The Halloween Spirit With Noah 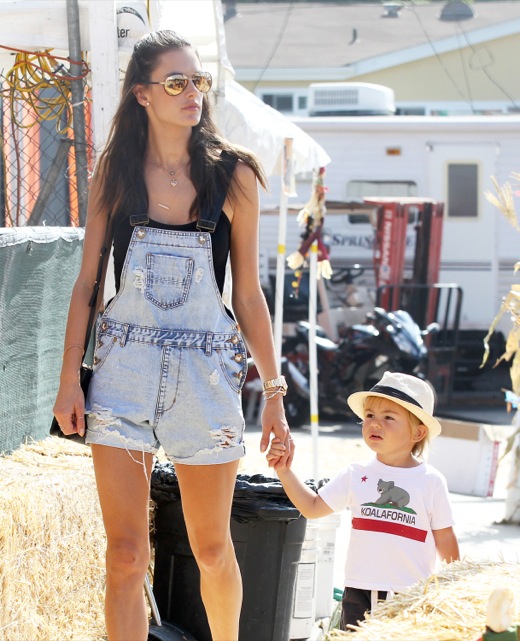 The Victoria’s Secret model was dressed casually in a black shirt and overalls while she walked through the patch. She looked at the pumpkins before showing the toddler with a cute hamster at the animal zoo setup.

Ambrosio recently jetted down under to appear as a mentor on Australia’s Next Top Model.

“I am so excited,” fashion designer Alex Perry who acts as a judge on the reality show told. “Alessandra is an iconic beauty and ranked in the top 10 supermodels in the world. The fact she will be able to spend a few days with our girls and share her knowledge and expert advice at their first photo shoot is beyond priceless.”

Ambrosio mentored the 12 aspiring models through their first ever photoshoot, in which they had to go makeup less to show off their natural beauty. In the end, she helped make the decision alongside the show’s judges on who would be sent home.