First Look at ‘Frozen’ Queen Elsa On ‘Once Upon a Time’ 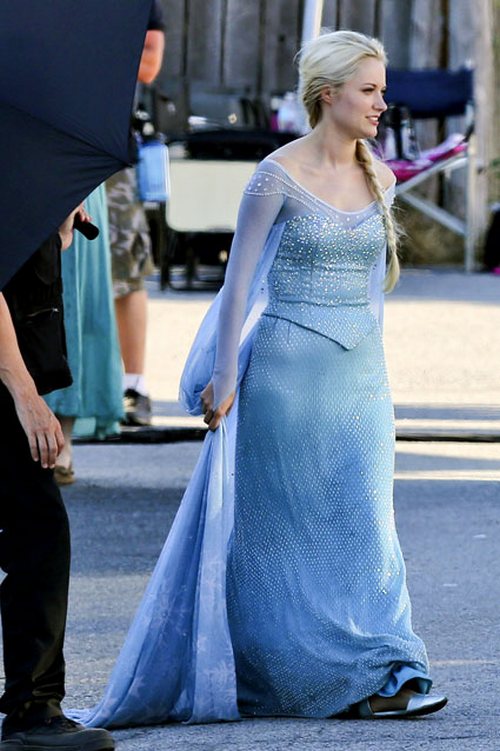 I am sure all those with (and even without) kids know that the Princesses from ‘Frozen’ are kind of a big deal. The box office alone has reported over a billion dollars in worldwide sales. The wait to meet Elsa and Anna in Disney reached six hours, even after being moved from Epcot to the Magic Kingdom and incorporating the meet and greet into the FastPass system.

A sequel is rumored to be in the works, but ABC’s ‘Once Upon a Time‘ is featuring Elsa in their upcoming story arc. Showrunners Edward Kitsis and Adam Horowitz confirmed that their storyline picks up after Arendelle learns of Elsa’s secret and accepts her as queen. Some may find the normally fiercely protective Disney execs are allowing the depiction, but Kitsis and Horowitz have been getting a a lot of support.

Georgina Haig has been cast as the popular princess despite whispers that Kristen Bell (who voiced Anna) was being considered. On July 16, 2014, Haig was photographed as ‘Once Upon a Time’s’ version of Elsa, while filming in Vancouver, Canada.

The goal of the arc is simply involve the characters into the show. Translation – this is not in any way meant to be a sequel. Writers and producers called the feature a “fun” line that remains true to the characters. The show has a way of twisting characters into different dimensions and angles that breathe new life into the classic tales. But, Elsa will be the same Elsa you see in the Disney film. 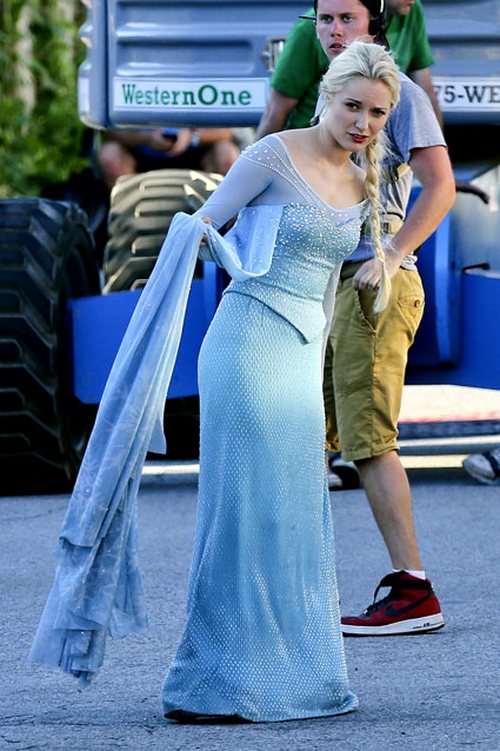 As for music, while ‘Let It Go‘ is probably on loop in your kids’ stereos, it won’t be involved in the show. The soundtrack is addicting, but music isn’t something ABC’s hit series wants to suddenly start incorporating and change the format to fit a musical setting according to Edward and Adam.

The addition’s story will get a finality. Elsa’s time on the show will have closure and is being treated as a temporary fixture. So, fans will get a taste of the Disney hit, but won’t see an ongoing story.

Another question fans are hoping has a resounding answer of”Yes!” refers to the addition of the loveable snowman, Olaf. Sadly, the enchanted frosty fellow won’t be a part of this television interpretation. Kitsis and Horowitz did confirm that Sven (yes, the reindeer!) has been cast, but it has yet to be announced.

What do you think of ABC’s take on ‘Frozen’?

Mommy Tips: How to Organize a Diaper Bag