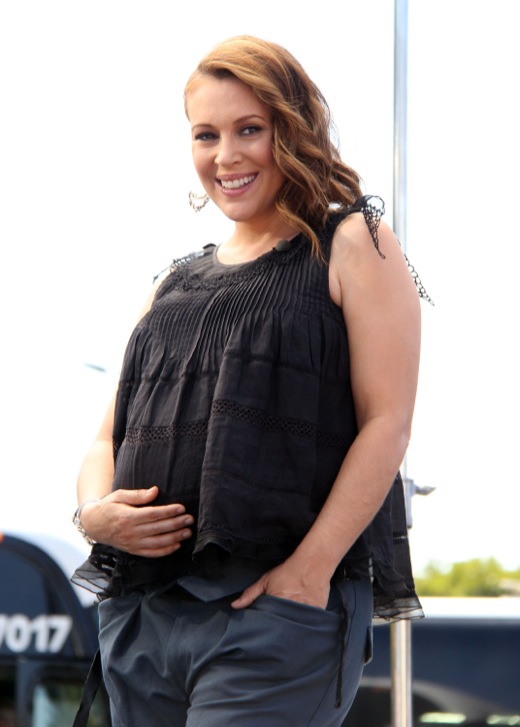 Alyssa Milano was interviewed by EXTRA at Universal Studios in Universal City, CA on Tuesday (June 3).

Wearing a black maternity blouse and blue trousers, the Mistresses actress was all smiles as she cupped her baby bump. She talked about the upcoming season of her ABC show during the interview.

The host Mario Lopez also presented Milano with a baby stroller as a gift during her visit.

“My 1st love (although she didn’t know it) @alyssa_milano is ready for baby #2! Congrats on your girl!!,” Lopez tweeted after her appearance.

Milano announced last month in a video that she was expecting a daughter.

She already parent to two-year-old son Milo with her husband David Bugliari.