Gwen Stefani Jets Off With Family 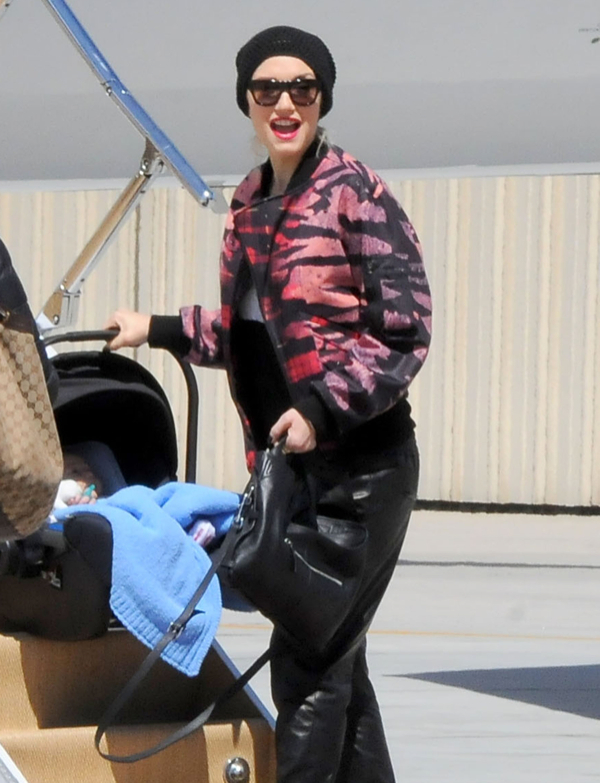 Gwen Stefani was photographed catching a private jet with her family at the airport in Van Nuys, California on Saturday (April 26).

Stefani was dressed in a jacket with loose fitting leather pants paired with red boots and beanie hat. She stopped to take pictures of her new baby son Apollo who was about to take his first airplane ride.

Gavin Rossdale was seen carrying bags while their sons Kingston and Zuma entered the airplane.

Stefani and Rossdale married in 2002.

Tiffani Thiessen Visits The Happiest Place on Earth With Family