Elizabeth Berkley Strolls With Family in the Big Apple 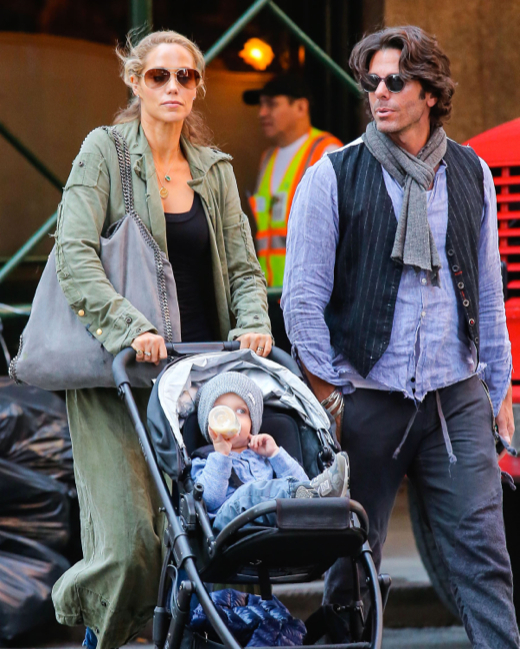 Elizabeth Berkley and husband Greg Lauren took their son Sky out for a walk in New York City on Thursday (April 10).

The Saved By the Bell alumni was dressed in a army green coat while pushing her toddler in a stroller. Sky drank a bottle as the sights passed by.

Berkley and Lauren married in 2003.

Tantrums: What Do They Mean?