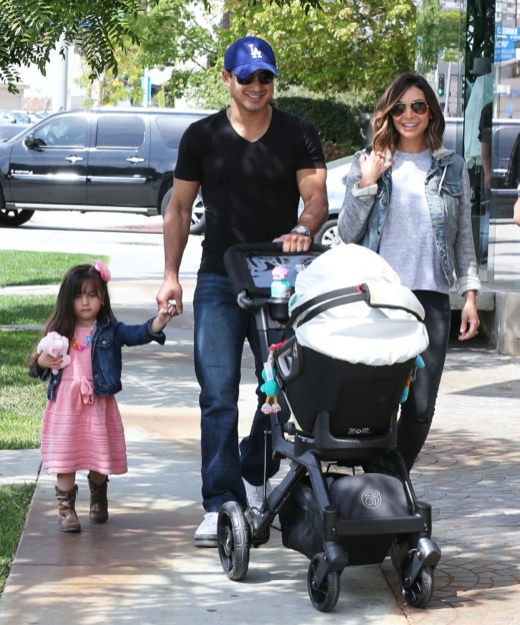 The Extra host was dressed casually in a black t-shirt and jeans while smiling happily as he pushed the 6-month-old in a stroller.  He also held the hand of the 3-year-old who wore a cute pink dress and jean jacket.

Mario recently told People what his typical day is like as a father.

“I always have breakfast with the kids. Courtney usually cooks a breakfast of waffles and oatmeal, and we all seem to be in a good mood. Both of the kids giggle, and it’s so much fun watching Dominic eat his baby food. He just loves it, and he’s getting chubby,” he told. “Dominic goes to bed, then Gia and I read or play or do something to wear her out because she has an abundance of energy. She loves to sing and dance and has become a real night owl!”

Lopez and Mazza married in Mexico on December 1, 2012.

Olivia Wilde Looks Ready to Pop on Saturday Out