Chris Hemsworth Spends The Day With His Mom and Daughter India 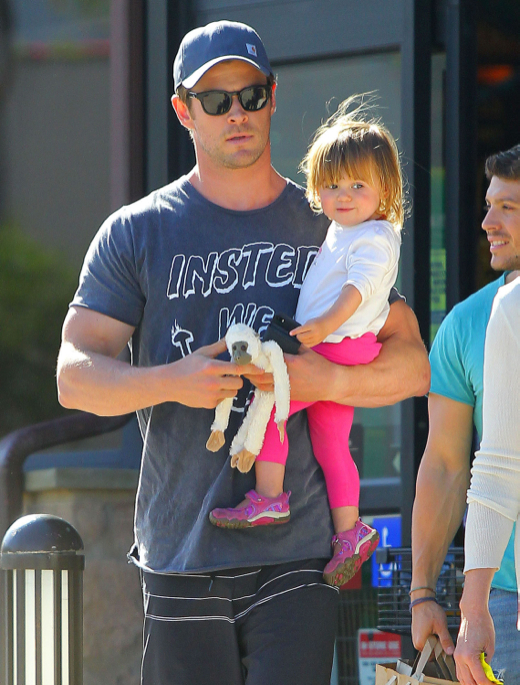 Chris Hemsworth was spotted with his daughter India and and his mom shopping in Malibu, CA on Saturday (March 15).

The Thor actor was dressed in a t-shirt and swim trunks with running shoes. He held the 22-month-old while carrying her cute stuffed toy monkey.

While speaking to Parade, the Australian-native recently called fatherhood:

“The greatest thing I’ve ever been apart of,”the Rush star gushed, “I think [parenthood] brings out the child in all of us. That’s what’s so beautiful. It reminds you of the fascination you had with things, and how you can spend hours just being with someone.”

Hemsworth is set to reprise his role as Thor, in the 2015 sequel to the The Avengers, titled Avengers: Age of Ultron.

Get Ready For Rio 2 With Avon Naturals Kids #Review