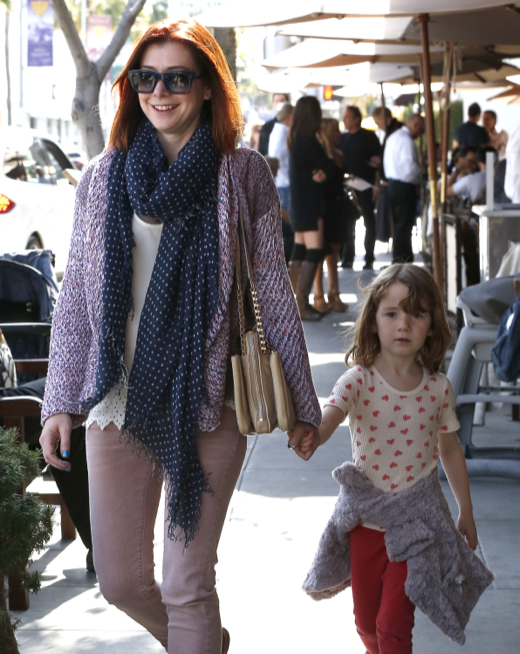 The How I Met Your Mother actress was dressed stylishly in an open knit sweater with a scarf over a white blouse a skinny jeans. She held the hand of her daughter who wore a heart printed shirt with red tights.

Earlier in the month, Hannigan posted an adorable shot of her two daughters sitting at the bar booth that she and her cast mates frequented during the duration of How I Met Your Mother.

“Just wrapped my final #HIMYM Bar scenes. Wow, we drank A LOT!!!” she wrote in a following up tweet.

The last episode of the long running series will air which will air on March 31.

Potty Time! 8 of the Best Tips For Potty Training Your Toddler