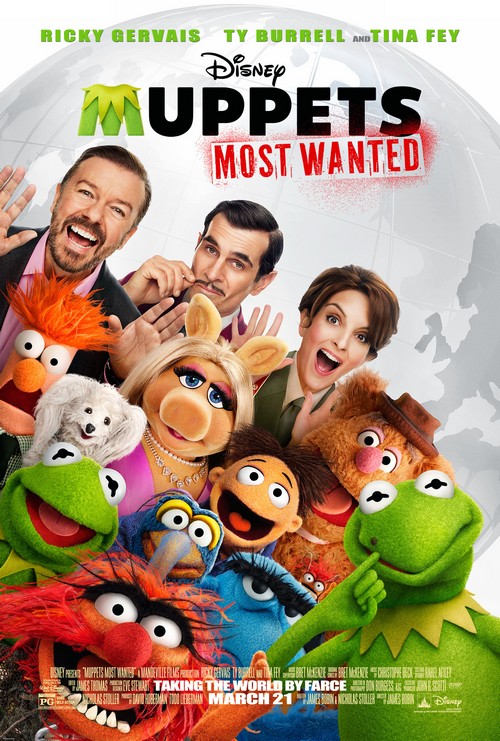 Miss Piggy has always been my favorite Muppet. What young girl with aspirations to become a proud and confident woman doesn’t love the biggest diva to strut children’s television?

The entire gang, along with several famous faces, will return to the silver screen March 21, 2014 in the United States. “Muppets Most Wanted” follows the Muppets on a grand, star-studded tour throughout Europe. You can view the ‘Muppets Most Wanted – Game Day Extended TV Spot’ here…

A second Kermit will be thrown into the mix. The Muppets find themselves unwittingly entangled in an international crime caper headed by Constantine—the World’s Number One Criminal and a dead ringer for Kermit the Frog—and his dastardly sidekick Dominic, aka Number Two, portrayed by Ricky Gervais.

Another possible plot detail surfaces from the addition of Vivienne Westwood. The designer was commissioned to create couture designs for the fashion icon, including a white dress that would be perfect for a wedding … if one should actually take place. The look is a couture Long Ivory Court wedding gown, with corset detailing and paillettes made from recycled plastic bottles, accessorized with an ivory tulle veil. 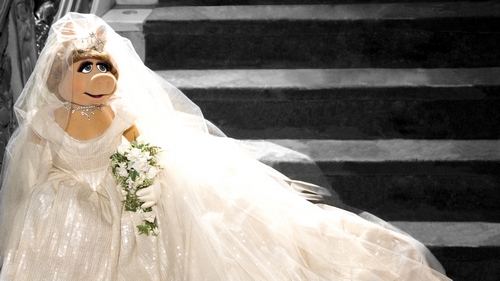 “Vivienne Westwood is fabulous—just like moi,” said Miss Piggy. “When I asked her to design this wedding dress for moi’s new movie “Muppets Most Wanted,” she was thrilled and I was thrilled. The only one a bit ‘iffy’ about it was the Frog.”

Westwood is also responsible for a couture Harris Tweed houndstooth check coat and matching beret worn in a scene set at Tower of London. Miss Piggy also picked a long silver hand-embroidered floral lace gown for a very special number in the film.

It sounds like fashion in the film will be something to make the fashionably sensitive swoon! I, for one, cannot wait!