Dora and the Lost City of Gold: The Adventure Begins As Young Explorer Comes To The Big Screen (Promo) 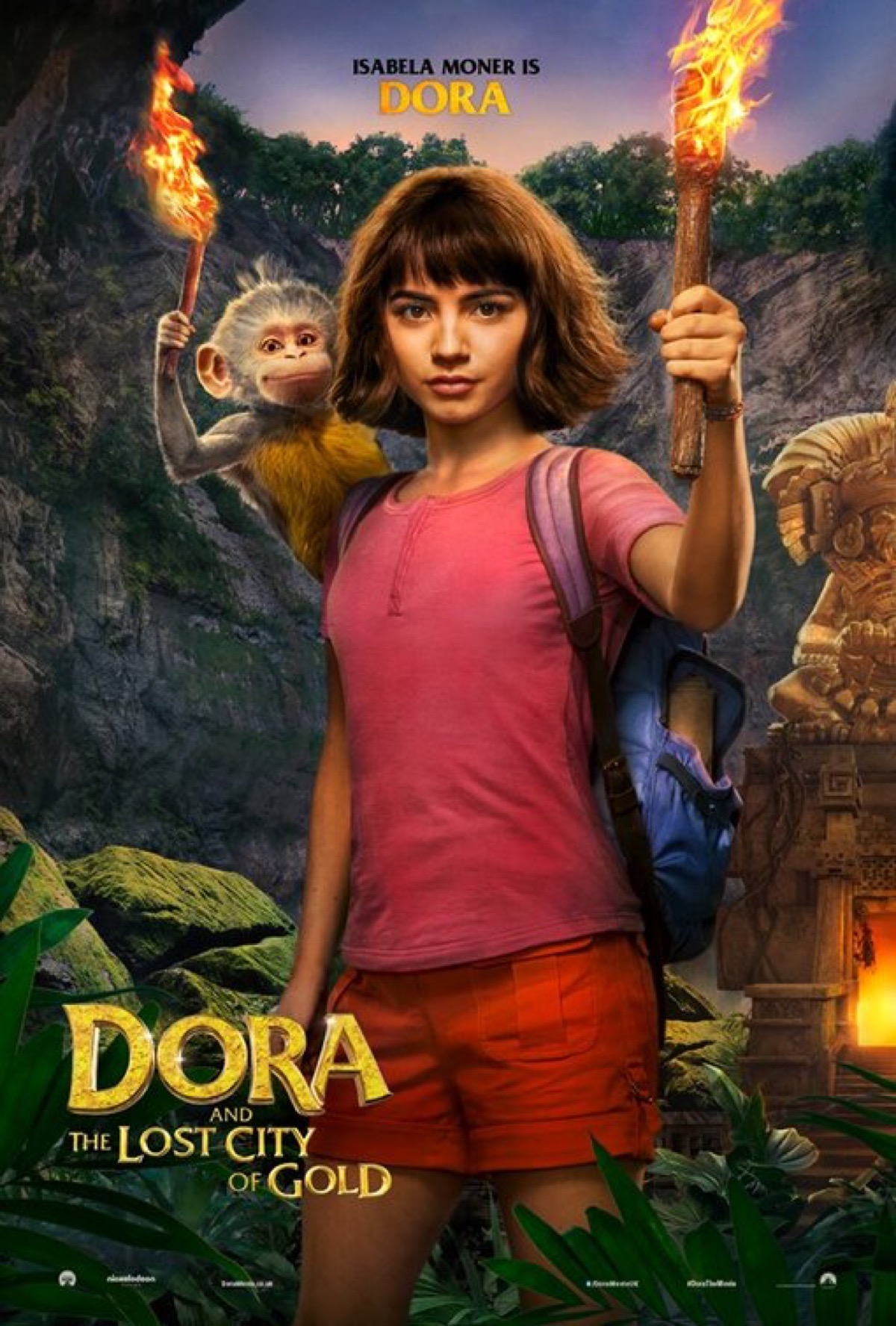 The long-awaited, action-packed, live-action ‘Dora and the Lost City of Gold’ feature film is coming to a theater near you on Friday, August 9. Dora [Isabella Moner] is out of the jungle and living in the big city and taking on high school.

In the trailer released by Paramount Pictures in partnership with Nickelodeon Movies, we see the excitement build as Dora’s parents [Michael Pena and Eva Longoria] explain that they are going on an expedition to find an ancient city that is filled with gold. But, this time, their explorer daughter, who they have raised in the jungle, won’t be with them.

Taking it all in stride, the young woman gets on an airplane, excited about the adventure that awaits beyond the jungle she has called home.

Dora is met at the airport in the big city by her cousin Diego [Jeff Wahlberg]. It’s been some time since the pair of childhood adventurers have seen each other. “Cousin Diego! You’re so skinny and tall!” Dora proclaims. “You are way more energetic than I remember,” Diego replies.

Want to dig a bit deeper and find out what #Dora is all about?

Watch this behind closed doors snippet of #DoraAndTheLostCityofGold hitting the big screens on the 13th of September 2019. pic.twitter.com/Fm9IzJV1sp

A class field trip to a museum brings the dangers of the jungle back. Dora is kidnapped and is made to lead Boots the monkey [voiced by Danny Trejo], Diego, a mysterious man, and a bunch of teenagers on a quest to save her parents and solve the mystery behind a lost Inca civilization filled with gold.

There are many funny moments in the trailer for ‘Dora and the Lost City of Gold’ released by Paramount and Nickelodeon. Moviegoers will laugh at Dora’s father explaining raves and the music that is played at them. He warns her to just stay away.

Another moment that is sure to elicit laughter is Dora’s arrival at school. Just getting off the bus is a challenge and her backpack gets stuck in the school bus doors and she is taken for a bit of a drag. Getting through school security is also a challenge and certain to make you chuckle and the security guard [John Larroquette] pulls an assortment of dangerous items from Dora’s backpack

This youngster gives Indiana Jones a run for his money! ‘Dora and the Lost City of Gold’ opens in movie theaters everywhere on Friday, August 9, 2019.