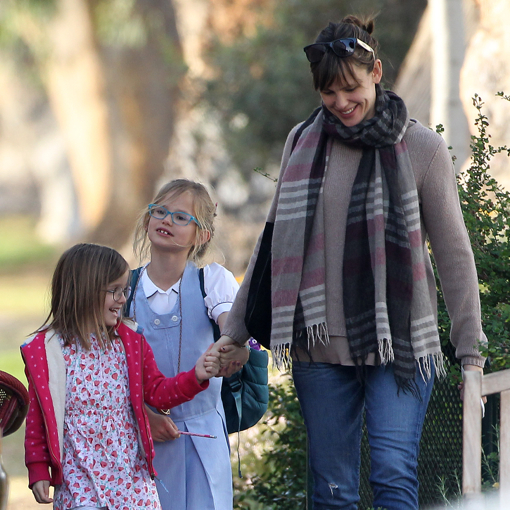 The Dallas Buyers Club actress was dressed in a grey sweater with two scarfs around her neck and casual jeans. She and Seraphina laughed while holding hands.

On Sunday, Garner flew into New York to watch the Super Bowl XLVIII match between the Seattle Seahawks and the Denver Broncos.

She posed for pictures alongside Denis Leary and Kevin Costner before the game began. They were in attendance to promote their latest flick, Draft Day, about the general manager of the Cleveland Browns.

It seems as if Garner was a neutral fan at the game.

“I mean, I just like the Patriots,” she said at a press conference for the movie. “Yeah, I can take it, go ahead, boo me, I don’t care. I like watching Tom Brady, not just because he’s handsome – I get handsome, I understand handsome – but he’s a fine leader, he’s a great quarterback and I like the team. I’m not going to apologize for that.”

Get Into The Olympic Spirit With Care Bears: The Care-a-Thon Games #Giveaway