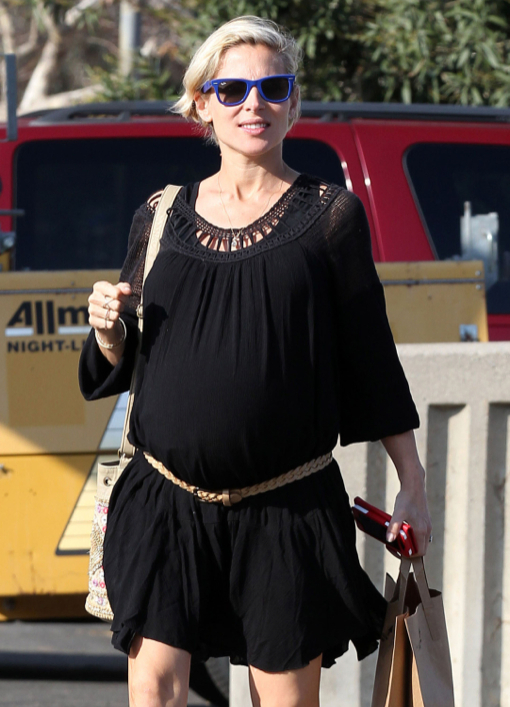 Elsa Pataky was pictured stopping to get gas in Malibu before heading out to the Pasadena Flea Market in Pasadena, CA on Sunday (Feb. 9).

Pregnant with twins, the actress and wife of Chris Hemsworth wore a bohemian style dress with a belt tied under her growing bump. She accessorized her look with blue shades while carrying a bag as a store owner helped push the stuff she had bought.

Hemsworth recently admitted that he will be taking on less roles to spend more time with his family.

”I’ve been working solidly for a couple of years now, to the point where I have to slow down and spend some time with my family…’You spend so long having your hand up, saying ‘C’mon, c’mon–pick me!’ there is a fear of saying no to things. It’s bred into you. I get s**t sent to me and I think, ‘ I should probably just take this.’ But now I try to say, ‘Hold on–do you even like it? ‘ I do have a little control now. That’s the transition–I’m not at the mercy of someone else so much. That’s just as scary as it is liberating,” he told Bang Showbiz.

Meanwhile, it was recently announced that there will be a third instalment in the Thor franchise.

Jessica Alba Spends Sunday at the Park With Family