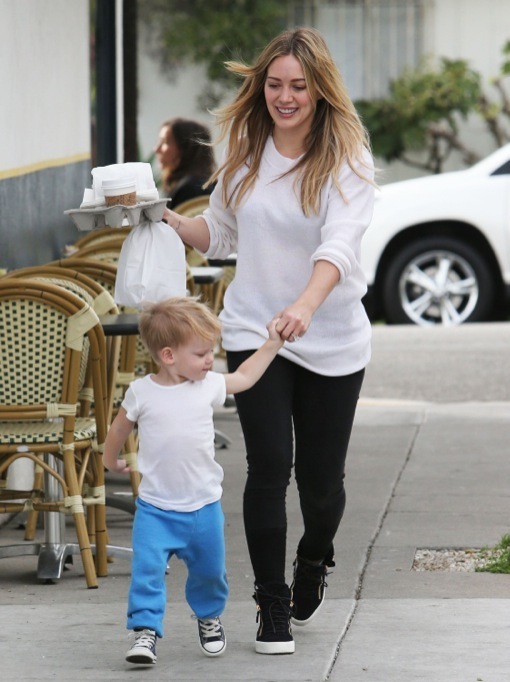 Hilary Duff and her son Luca were photographed picking up takeout at La Conversation in Los Angeles, CA on Tuesday (Jan. 7).

The Flock of Dudes actress was dressed casually in a white sweater and black skinny jeans. Luca sported a temporary tattoo while pulling his mom.

Later in the day, Duff joined up with husband Mike Comrie to take the toddler to a local park. The pair sat on rock while Luca ran around and played.

The singer who is in the process of recording a new album insists her return to the music scene won’t be provocative.

“The music has changed a lot since I was last recording. There are a lot of artists out there being really provocative, wearing certain clothes and performing in certain ways, but right now that’s just not me,” she told The Globe and Mail newspaper. “I’ve always tried to stay true to who I am and present that to the public because I think when you’re not authentic, people can smell it on you. Besides, if everyone’s doing the same thing then even being provocative isn’t really provocative.”

Do you respect Hilary for not trying to be something she is not?