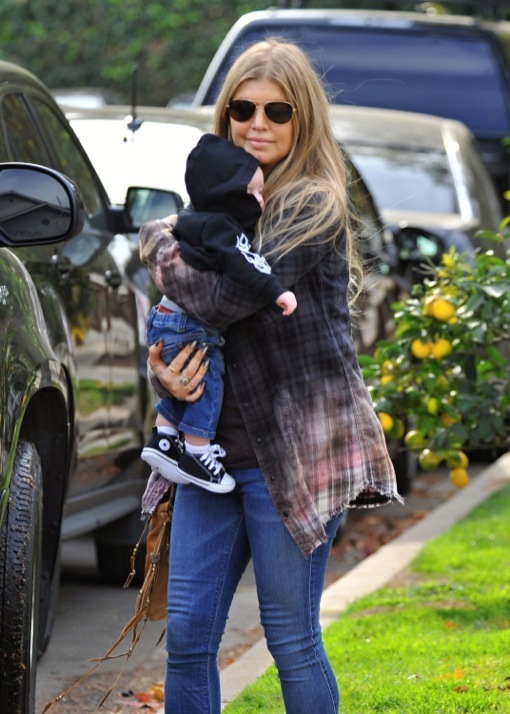 The Scenic Route actor carried the baby who looked adorable in a black zip-up seater, jeans and crib sneakers while the Black Eyed Peas singer followed them. Also in attendance, was Kurt Russell who seen outside enjoying a cigarette and glass of wine.

On Friday, the parents celebrated their fifth wedding anniversary.

The pair first met after the Black Eyed Peas made a guest appearance on Duhamel’s former show Las Vegas.

“After they finished rehearsing, I was walking out, and all of a sudden she was walking toward me,” Duhamel said in the July/August 2007 issue of Best Life. “I was like, Oh boy. She stopped. And this is so sad, but I said, in this desperate voice, ‘You’re hot!'”

He continued, “She replied, ‘Yeah, I read InStyle. So…how was I in your dream?”

The couple welcomed Axl in August.