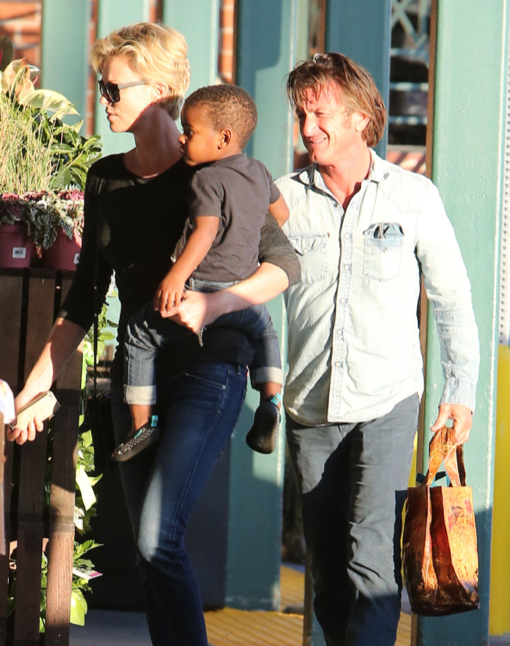 Charlize Theron was spotted with new boyfriend Sean Penn and her son Jackson at Whole Foods in West Hollywood, CA on Wednesday (Jan. 22).

The Prometheus actress carried the toddler on her hip while browsing the outdoor fruit section. Penn followed behind with a grocery bag.

A source recently hinted the couple may be planning to move in together.

“They stay with each other all the time,” the insider told Us Weekly. ‘They may move in together.”

Earlier in the month, Penn confirmed the romance to Piers Morgan at his Help Haiti Home gala.