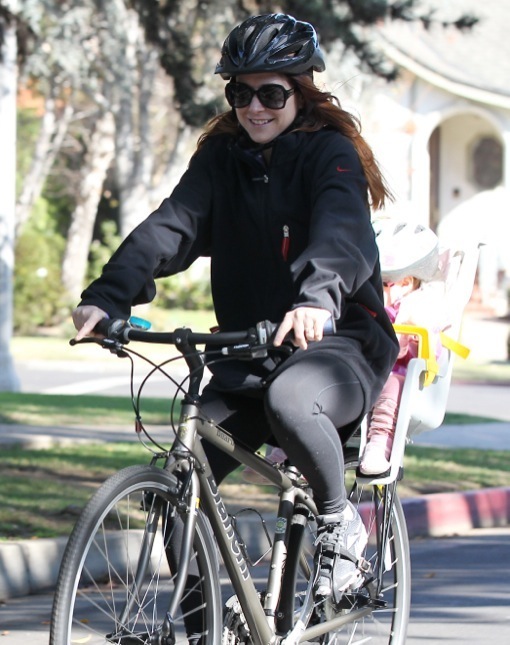 Alyson Hannigan was spotted out for a bicycle ride with her husband Alexis Denisof and their two children Satyana and Keeva in Santa Monica, CA on Wednesday (Jan. 1).

The How I Met Your Mother actress was all smiles while she biked with the 1-year-old seated behind her. Densiof rode with Satyana on the back of his bike.

“She’s sort of a perfectionist,” Hannigan told People at The Hollywood Reporter’s Women in Entertainment Breakfast in December. “The other day, the three of us were going outside after a snack, and I said, ‘Where’s Keeva?’ I went back and she was taking her plate from her little table and trying to put it on the counter, which she couldn’t reach!”

Now that How I Met Your Mother has come to end, Hannigan is said to be in talks to star in a new television series.

Katie Holmes and Suri Cruise Soak Up the Sun in Miami