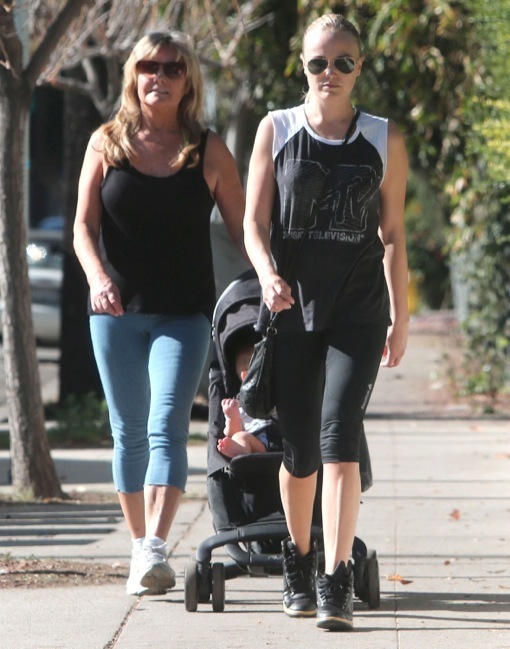 Malin Akerman was spotted out for a walk with her son Sebastian and her stepmom in Los Feliz, CA on Friday (De. 27).

The Trophy Wife actress was dressed casually in a vintage MTV top and athletic knee tights that she paired with aviator sunglasses.  The baby boy was pushed in a jogging stroller by Akerman’s stepmom.

Akerman and her husband Roberto Zincone  announced their ‘amicable’ separation on November 26. The sad news came just 7months after welcoming their baby son.

A day after, the rocker officially filed for divorce

Jessica Alba & Family Touch Down in Cabo for Tropical Vacation