Hilary Duff Spends the Day With her Sleepy Boy 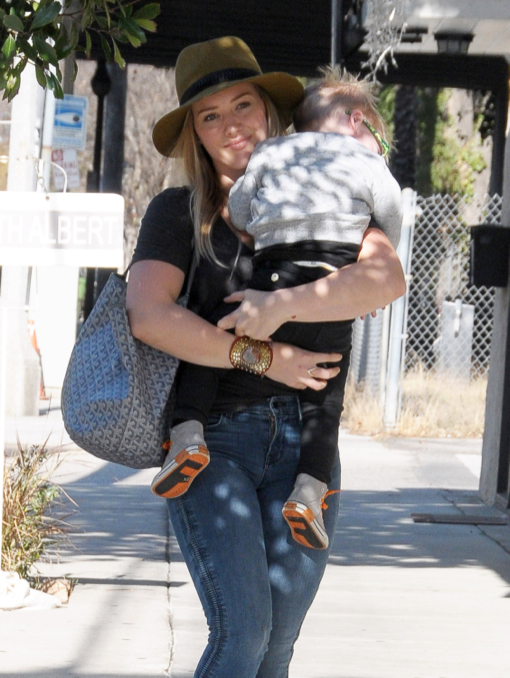 Hilary Duff was spotted out and about with her son Luca in Toluca Lake, CA on Friday (Dec. 13).

The Flock of Dudes actress wore a black shirt and jeans with a large bag and hat. She carried Luca who looked tired as he rested his head on his moms shoulder.

In a recent interview with the fan site Hilary Duff News, Duff opened up about the joys of motherhood as well as getting back into the studio.

“He is my everything. He’s the sweetest little guy. He’s such a good, pure spirit. It’s just amazing to be with him every day. But I don’t want to just be a mom. I have so much more inside of me,” she told. “Once I had him I thought I was going to want to get back into the studio again and it didn’t work out that way. I was just really happy being a mom and enjoying my time with him. Then I think when he was at 12 months it felt good enough for me to be away for a little bit and still feel like myself again.”

When asked about touring with Luca, Duff admitted she is unsure if she can be without him.

“I can’t imagine not being with him. I think the longest I have been away was three days without him. I think it’s healthy to get away, have a little bit of separation and some Hilary time. I miss him so much, he is such a part of me. I’m a little worried about that, but I want to be on tour,”  the devoted mom revealed.

Duff is hoping to release the first single of her upcoming album this spring.

Making the Grade: From an F to Honor Roll