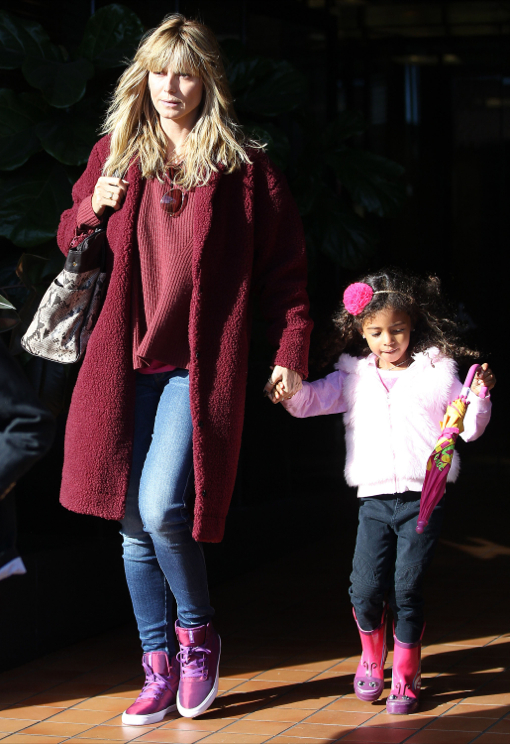 The America’s Got Talent judge dressed casually as she let the restaurant with her daughter. While leaving, they stopped to fix Lou’s umbrella.

In an interview with Access Hollywood this week, the 40-year-old revealed that she has retired from modeling lingerie.

“I wouldn’t model with my underwear down the runway anymore,” she said. “I think that would feel a little uncomfortable.”

Do you agree with Klum?