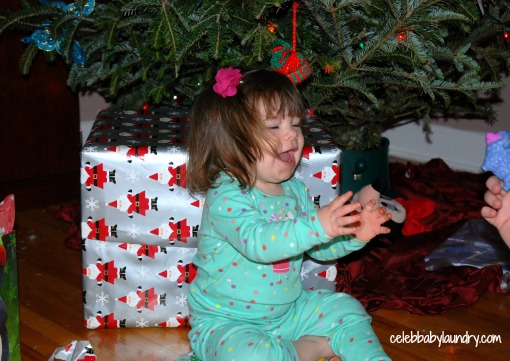 Have you ever had the experience of getting someone a gift you initially believed they would love but felt a little disheartened when you noticed the not-so-subtle hints of displeasure on that special someone’s face? Or, worse yet, have you ever had to pull up your lip and fake a smile after tearing off the wrapping to a present that you thought was evident was on your list of “undesirables”? The art of gift giving and receiving is a very fulfilling emotional experience indeed only made more special by gifting like you like to receive: give something that a person needs or wants!

Sometimes, for whichever reason, these two very simple guidelines will fail for what most likely will turn out to be a mere lack of information. Do you really know what that special someone wants? What exactly do they need? Has he/she dropped any telling hints? I am, of course, talking in the realm of monetary realism: everyone wants the new XBOX One – besides me, I’ve officially retired all console gaming, but that’s besides the point – the point is that, for every person on your Holiday shopping list, there exists a bracket with two numbers in it, only one of which really matters here as the lowest limit to your spending will always be a big and rotund zero. When you take into consideration the maximum amount of hard dollars you are willing to spend on that lucky person these Holidays, don’t you agree that maximizing his/her possible enjoyment should be the main objective?

You also have to into consideration that the person might already have in their possession the gift that you have in mind. I once bought my mother a perfume for Christmas which she seemed to like, but had a slightly peculiar reaction (no one else but me would of noticed). So, after pestering her a little, I found out that she had bought the same perfume just weeks before but felt embarrassed to say it outright for fear of ruining the moment – of course, it didn’t really ruin anything, as I was able to return it and get something else. But unless you know exactly that a certain present will be just perfect in terms of the price/enjoyment(for the other person) ratio, I believe it is much better to gift a gift card to a store you know for a fact that the person in question regularly shops at – this information should by all accounts be much easier to gather. For example, is there anyone in the world that has yet to register an Apple ID? For many people, iTunes has become a one-stop-fix for everything entertainment related.

I mentioned iTunes because Robyn is a big consumer of digital media, with the Mac app store probably being the biggest recipient of her monetary attention over the years. I wouldn’t say she’s hard to buy presents for but I know she’ll enjoy the iTunes dollars to their fullest, and for that reason I love getting her gift cards to the popular on-line store.

Here is a breakdown of the provinces:

Celeb Baby Laundry is giving (1) lucky winner (1) $50 iTunes gift card. The contest is open to residents of Canada excluding Quebec, and must be 18 years or older. The winner can expect their card in 4-6 weeks after the winner is announced!

To enter this giveaway please use the giveaway box below (takes time to load).

The address of the winner will be shared with Mom Central  for the purposes of sending the gift card.

Disclosure: I am part of the Blackhawk Holiday Gift Card Blogger Campaign with Mom Central Canada and I receive special perks as part of my affiliation with this group. The opinions on this blog are my own.

Save & Enter the Ultimate Back to School Giveaway