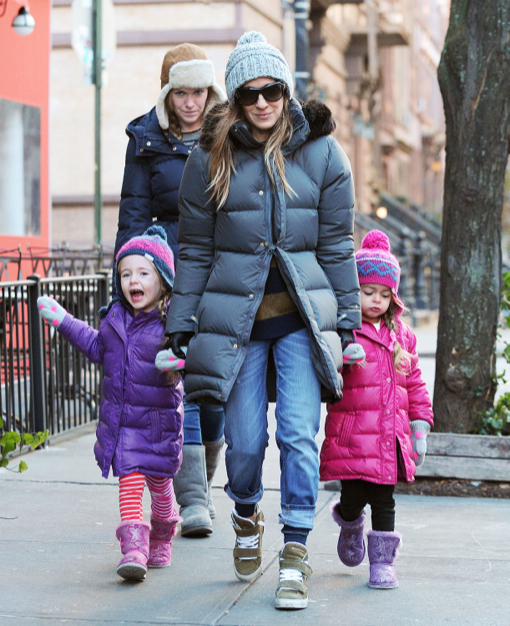 The Sex and the City actress was bundled up for the cold winter day in a grey jacket and hat. The girls were equally bundled up in colorful coats with matching hats  and winter boots.

Parker recently joined the social media site, Instagram.  She has shared photos of things she see in the city while walking the streets of the busy city.

Meanwhile, she is starring alongside Blythe Danner in the The Commons of Pensacola at the Manhattan Theatre Club Production. It opened on November 21.

10 Pregnancy Superfoods You Should Be Eating