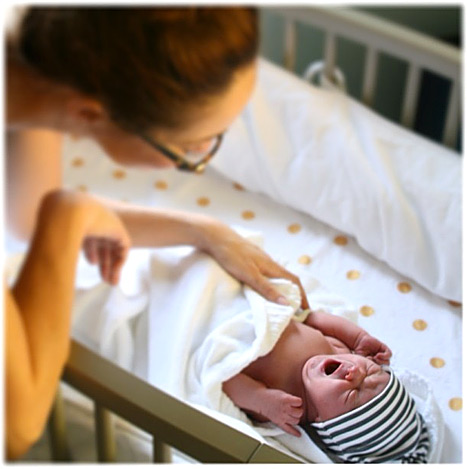 If you wanna talk about your biological clock ticking just the right way, just ask Autumn Reeser about it: She gave birth to second son, Dashiell Ford, only hours after her due-date officially expired. The OC star was scheduled to deliver on Novemeber 24th but instead missed that deadline by mere hours when she gave birth Monday, November 25th at 2:45 A.M. It’s funny how for some people that sacred date can be such a miss yet for others it can be a straight bullseye.

As is the trend these days, Autumn took to twitter to announce the incredible news later on Monday when she tweeted:

“After a swift home birth, Dashiell Ford Warren joined our family at 2:45 a.m. this morning,” the super happy, now mother of two continued: “We are SO thrilled!!!”

This was seconded by husband, writer and director Jesse Warren, spilling out the details in a tweet of his own:

Hopefully the actress, who played Taylor Townsend  in The OC, will find life with her second child by her side as much fun as she found pregnancy. The actress wrote a blog entry on her website Move Lifestyle affirming her love for the pregnant life just a couple of days prior birth:

“I really, really love being pregnant, and as I count down the days until this little one arrives, I’m already starting to miss it” said the 33 year-old. “Even when my ankles are swelling and I’m getting kicked in the ribs and looking longingly at my husband’s glass of wine, I love this brief and amazing time in life,” she added, sounding like a real mother. “It is so fleeting, so beautiful, and I am grateful that I’ve had the opportunity to make this journey not only once, but twice now.”