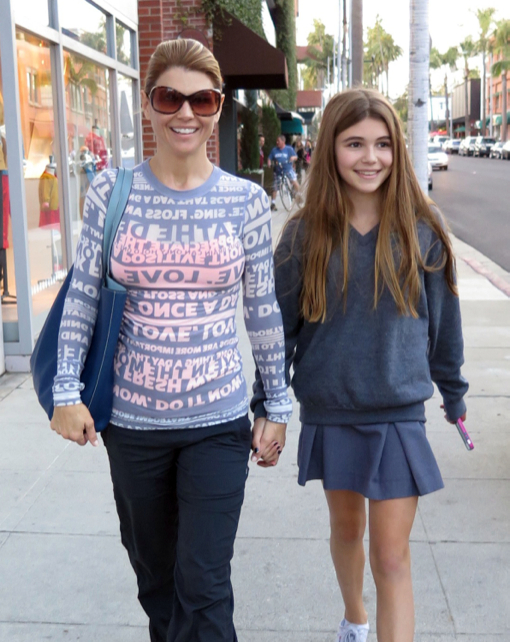 Lori Loughlin was photographed out with her daughter Olivia in Beverly Hills, CA on Thursday (Nov. 7).

The former Full House actress was all smiles while holding hands with her daughter. Her daughter also smiled and looked shyly on as the paparazzi took her photo.

Loughlin is set to star on ABC’s The Neighbors later this season.

“Excited to do a guest spot on @TheNeighborsABC! Thanks to my dear friend @ScottWeinger for the writing the role for me!!”, the actress actress revealed on Twitter.

She has been tapped to play the “arch-nemesis” of Jami Gertz‘s Debbie Weaver.

January Jones Takes Her Adorable Son Xander For A Haircut