January Jones Takes Her Adorable Son Xander For A Haircut 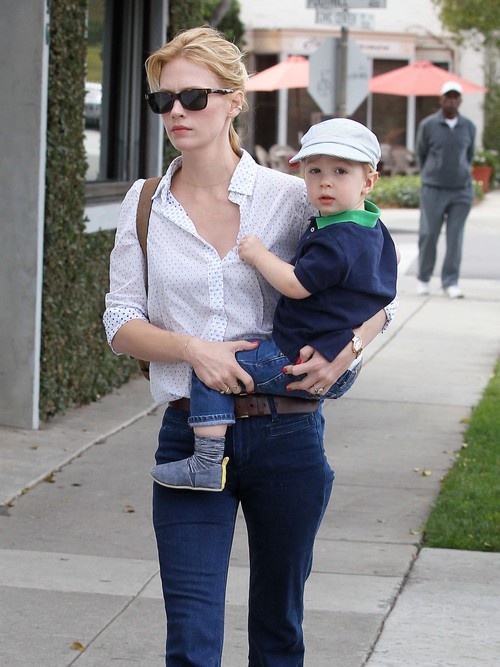 Meanwhile January who is best known for her role as Betty Draper on Mad Men started filming the seventh season on November 1st, 2013 but filming had to be halted.  They were filming in the American Airlines arrivals tunnel when the LAX shooting took place.  A grip on the set tweeted, “We are at Terminal 4 AA when LAXPD came in with guns drawn said get back inside active shooter on site.”  The tweet was deleted shortly after it was tweeted.

Enjoy the photos of January and Xander going for a hair cut in Beverly Hills!