Jennifer Love Hewitt Dresses Comfortably as her Pregnancy Winds Down 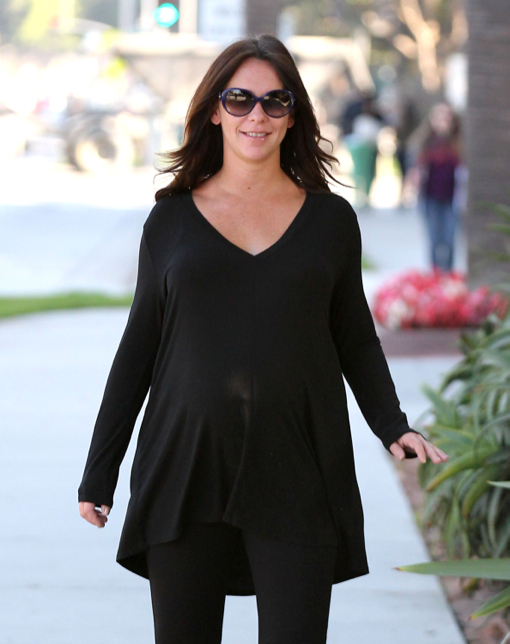 The pregnant actress was dressed comfortably in a flowing maternity sweater and matching black tights. She accessorized her look with dark shaded and flip-flops.

Unfortunately, Hewitt’s Lifetime show The Client List has been cancelled after two season on the network.

According to Deadline, Hewitt, who also serves as an executive producer, wanted her pregnancy written into the show and for her  fiancée Brian Hallisay to play a bigger role.

“Last season Colin Egglesfield’s role was marginalized to accommodate Brian Hallisay’s increased screen time. As the couple got more serious she put him in more and more episodes (all, in fact) and changed the storyline to bring the estranged husband back and make him the greater love interest,” the source revealed.

What do you think? Did Hewitt ruin the show by trying to change the storyline to accommodate her fiancée?