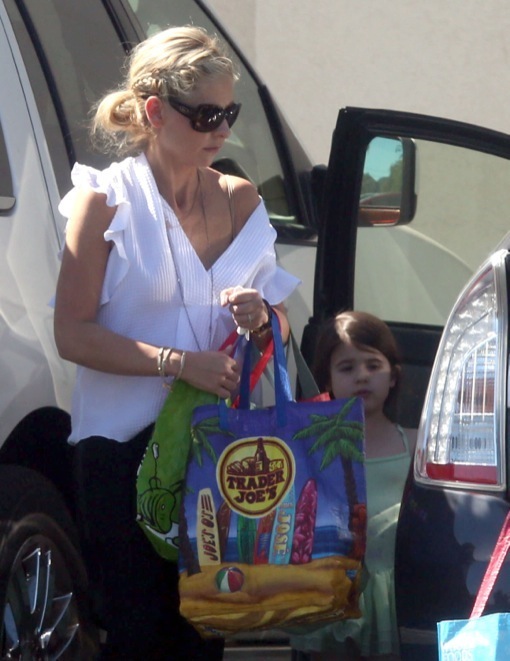 Sarah Michelle Gellar and her daughter Charlotte stopped by Trader Joe’s to buy some groceries in Los Angeles, CA on Thursday (Oct. 10).

The Crazy Ones actress wore a white blouse and black pants as the carried their empty bag to the store. Charlotte was dressed in a dance recital dress while following her mom.

Gellar admits she has a hard time keeping a straight face acting alongside Robin Williams in their new TV comedy.

“It’s like when my 4-year-old daughter says something inappropriate, but I can’t laugh,” says Gellar of working with the comedian on The Crazy Ones. “It can be intimidating when you work with a comic of that level, and the one thing I can attest to with Robin is that he cares almost more about making everybody else comfortable.”

The Crazy Ones airs Thursdays at 9 p.m. (EST) on CBS