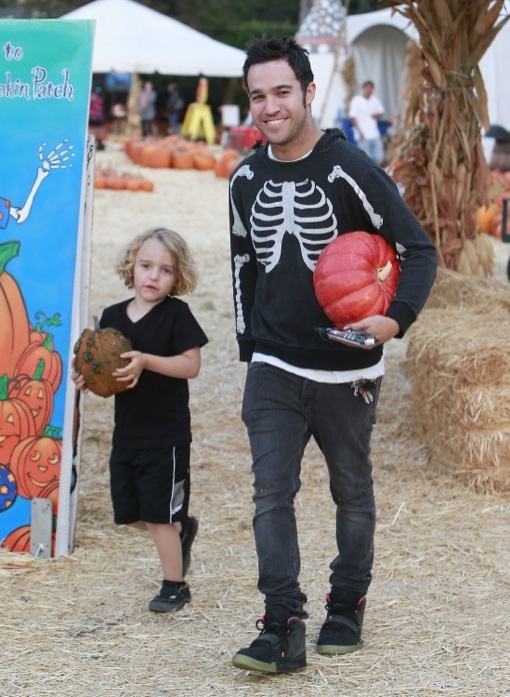 Pete Wentz and his son Bronx did some father-son bonding at Mr. Bones Pumpkin Patch in West Hollywood, CA on Thursday (Oct. 10).

The rocker was dressed in a skeleton sweater and grey jeans while cheering on his son sliding down the Mr Bones slide.  They picked up a red pumpkin and a smaller one that looked like it had warts all over it.

Admitting he was addicted to prescription pills after taking a hiatus from Fall Out Boys, Wentz insists he son made him want to get better.

“You’re up in the morning, and you have to really be there,” he tells Rolling Stone of fatherhood. “It’s not like getting up for a radio interview. In some ways, that was super helpful for my soul.”

Wentz and Ashlee Simpson, the mother of Bronx separated in 2011.