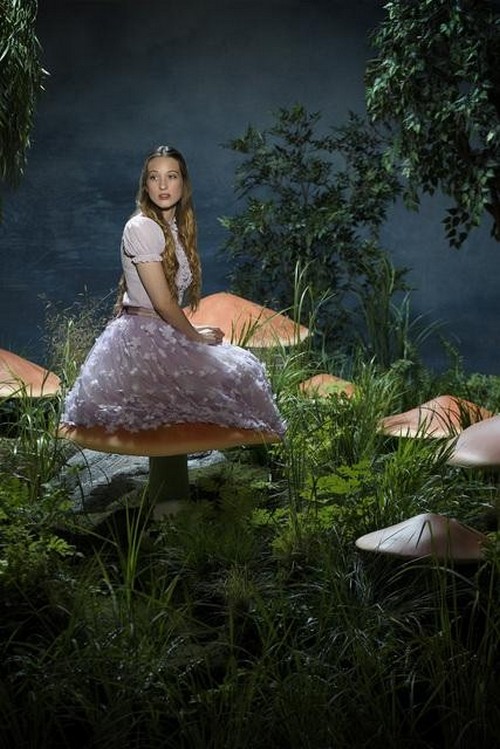 ABC’s new fantasy drama Once Upon A Time In Wonderland premieres tonight with it’s first episode called, “Down the Rabbit Hole.”  The show is a spinoff of their super popular show Once Upon A Time.  This show will be a new twist on the classic classic “Alice in Wonderland” story.  I am really excited to see it, I think it is going to be great!

The new show is set in Victorian England, young and beautiful Alice tells an impossible tale of a strange new land that exists on the other side of a rabbit hole. An invisible cat, a hookah-smoking caterpillar and playing cards that can talk are just some of the fantastic things she’s seen during her adventure. Surely this troubled girl must be insane. Her doctors intend to cure her with a treatment that will make her forget — everything.

Alice seems ready to put it all behind her, especially the painful memory of the genie she fell in love with and lost forever, the handsome and mysterious Cyrus. But in her heart Alice knows this world is real, and just in the nick of time the sardonic Knave of Hearts and the irrepressible White Rabbit arrive to save her from her fate. Together the trio will take a tumble down the rabbit hole to a Wonderland where nothing is impossible.

The new show stars,  Sophie Lowe (“Beautiful Kate”) as Alice, Michael Socha (“This Is England”) as The Knave of Hearts, Peter Gadiot (“The Forbidden Girl”) as Cyrus, Emma Rigby (“Prisoners Wives”) as The Red Queen, with Naveen Andrews (“Lost”) as Jafar and John Lithgow (“3rd Rock from the Sun”) as the voice of The White Rabbit.

Be sure to tune in for our live coverage of the series premiere of Once Upon A Time in Wonderland — tonight at 8PM EST! While you wait for our recap, check out the sneak peek of tonight’s episode below!

ONCE UPON A TIME IN WONDERLAND SERIES PREMIERE LIVE RECAP, CLICK HERE …