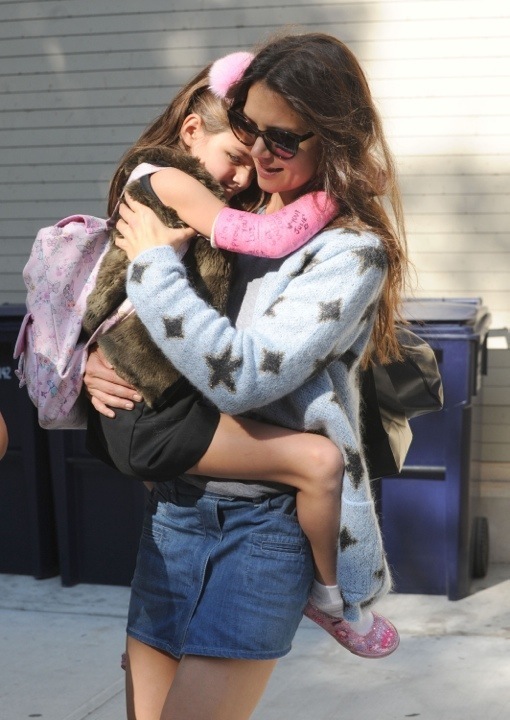 Katie Holmes was photographed picking up her daughter Suri from school in New York City on Tuesday (Oct. 1).

The Mania Days actress was dressed in a thick grey and star print sweater with a jean skirt. She carried the youngster who was feeling unusually shy.

Holmes next film The Giver is based based on Lois Lowry‘s 1993 Newberry Medal winner about a society that doesn’t realize it’s dystopian because everyone lives in a state of Sameness, rather than have memories or emotions. She stars alongside actress Meryl Streep.

“I’m really excited about it,” Holmes told E! News at the Global Citizen Festival in NYC’s Central Park about her upcoming trip to South Africa to shoot The Giver.