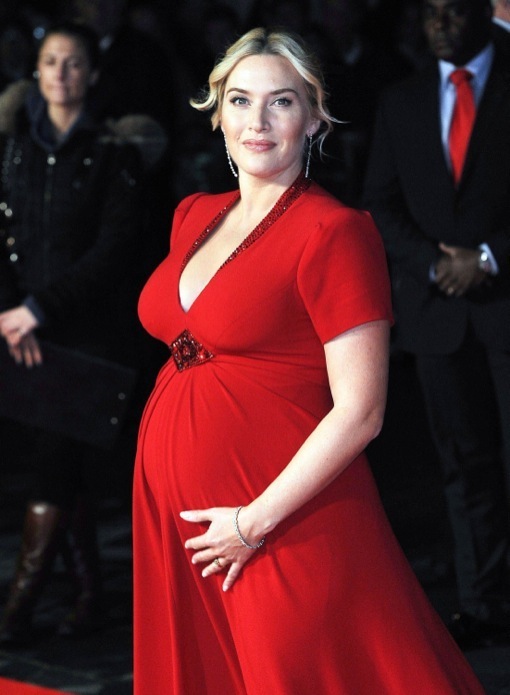 Wearing a radiant red Jenny Packham dress with Christian Louboutin shoes, the actress cupped her bump while happily stopping to pose for pictures.

Winslet told reporters one thing she is craving while pregnant.

“At the moment I seem to be wanting orange juice a lot,” the 38-year-old shared. “I don’t know quite why that is, but it’s not so weird. I wish I could tell you I had some weird craving. I wish I could be like that woman on the advert who loves tuna fish and banana, but I’m not like that at all.”

This while be her third child and the first with husband Ned Rocknroll.